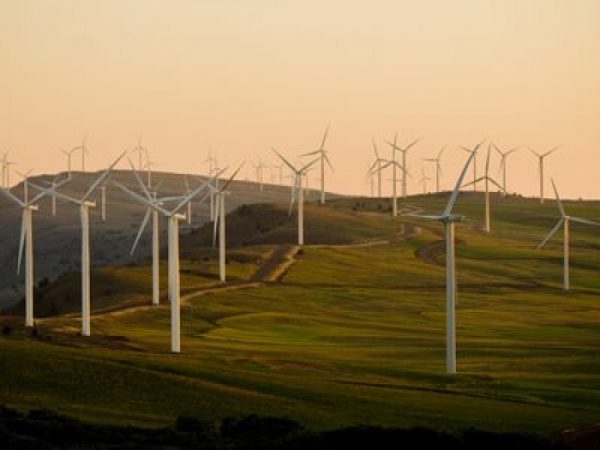 The Turlock Irrigation District Board of Directors on Tuesday adopted a new, state-mandated policy governing the use of revenues from the sale of greenhouse gas allowances.

The move is one of many required of the district as it adjusts to a new world in the first year of cap and trade in California.

Cap and trade is the lynchpin of Assembly Bill 32, the Global Warming Solutions Act, approved by the state legislature and then-Governor Arnold Schwarzenegger in 2006.

The program places a cap on statewide greenhouse gas emissions, then grants polluters a limited number of emission allowances – in metric tons of emissions – to conduct business. Those who exceed their limits must purchase additional allowances at auction from those who emit fewer greenhouse gases.

But TID also tested the waters in the first cap-and-trade auction, held in November 2012.

At that auction, TID sold the minimum allowable quantity – 1,000 allowances – primarily to establish accounting mechanisms for future sales. The auction earned just over $10,000 for TID.

But per AB32, TID can’t spend those revenues however they so choose.

“What this policy does is spell that out,” said Dan Severson, TID Utility Analyst-Energy Resources.

Under both the new policy and state legislation, all revenues from allowance sales must go toward energy efficiency measures, renewable energy purchases, or other programs that result in greenhouse gas reductions.

“Those are the safe ones, if we don’t want a lot of questions,” Severson said, noting that “inappropriate” uses of revenues could lead to a reduction in future allocations, or even legal action against TID and its employees.

While the initial, $10,000 in revenue were modest, the value of allowances has risen since November. From a roughly $10-per-allowance price, allowances crested $18 before settling near $15 in recent weeks. The district’s annual allotment is worth approximately $13.5 million at current market rates.

The second cap-and-trade auction will be held on Feb. 19. It remains to be seen whether TID will be buyers or sellers.

Buyers will likely be plentiful, due to strict emission limits as AB32 aims to reduce greenhouse gas emissions to 1990 levels by the year 2020. Current rumblings in Sacramento indicate that greenhosue gas emitters could be required to reduce emissions by a further 80 percent by 2050.

It remains to be seen exactly how California would accomplish that goal, Severson said, but cap and trade would likely play a large part. And with the number of available allowances decreasing, allowance prices will likely only increase.

Working hand-in-hand with cap-and-trade to reduce emissions is the Renewable Portfolio Standard, which requires utilities to source a certain percentage of electrical generation from greener, renewable resources like wind and solar.

TID has already met the preliminary standards, requiring utilities to provide 20 percent of power from renewable resources. But meeting the 2020 standard, requiring 33 percent of energy be renewably-sourced, would require a major district investment in a 60 megawatt wind farm, or a 100 megawatt solar farm.

A wind project meeting those standards would be roughly half the size of TID’s Tuolumne Wind Project, a 136.6 megawatt wind facility in Klickitat County, Wash., which cost $385 million in 2008. A 100 megawatt solar farm would be four times the size of Modesto Irrigation District’s 154-acre project in northwest Modesto, which cost operator SunPower Corp. of San Jose more than $150 million to build.

Despite the costs, building or purchasing new green generation will be required in the coming years to meet the state mandate.

“It really just is a matter of when we do it, and how we move in to it,” Farrar said,