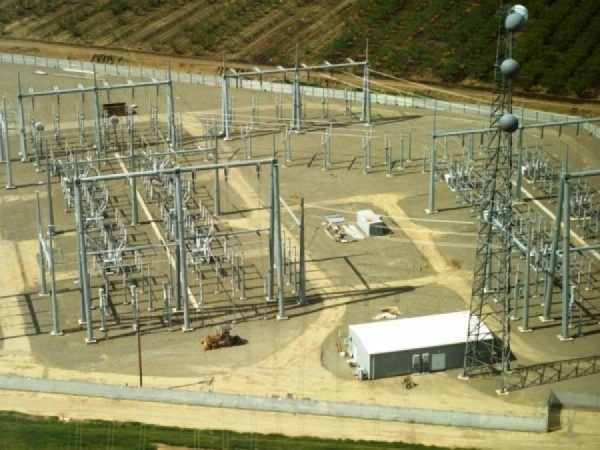 The new projects, combined, will generate about 420 megawatts of solar energy. Most of that energy will ultimately be sold to Pacific Gas & Electric.

But before reaching PG&E the electricity will be transmitted via the district's Los Banos – Westley line, putting the line 244 megawatts above maximum capacity.

The California ISO, which regulates the state's power grid, will require the generators to pay for the needed upgrades, estimated at $2.75 million. The district, along with transmission line co-owner Modesto Irrigation District, will bear no costs.

That work will require the line to be taken out of service for six months for each portion of work, impacting the districts' ability to sell transmission capacity. The generators will be required to pay the districts another $1 to $2 million to offset that loss.

Generators will also be asked to cover an additional $250,000 in costs related to generating more expensive electricity in the district, rather than purchasing cheaper power and importing it via the line.

TID and MID are currently finalizing agreements with the generators, but any such agreements will fully encumber the power plant developers to pay for all upgrades. Even if only one project proceeds, the contract would encumber that generator with all costs associated with the upgrade.

“The reason for that is, if a generator stops pursuing a project .. we don't want to be on the hook for the other half,” said Larry Gilbertson, TID Assistant General Manager of Electrical Engineering and Operations.

The TID board is expected to take further action on the upgrades in March.

On Tuesday, the TID Board of Directors also:
• Met in closed session to conduct labor negotiations with the TID Employees' Association and the International Brotherhood of Electrical Workers. No action was taken in the closed session meeting.
TID and the IBEW have been embroiled in a labor dispute reaching back to April 2011. The IBEW contract with TID expired in December 2011, but IBEW members have continued to work under the old agreement until a new agreement can be reached.
The dispute led to a 45 hour electricity outage which cut power to 49 TID customers in late September 2011.
• Heard regular, weekly reports on electrical service and power costs.
• Began the process to include land into two improvement districts. The GSL Pump would add a total of 55.81 acres, owned by Dale and Julia Matney. The Muller Murphy Pump would add 55.88 acres owned by Eric Muller and Lisa Muller.