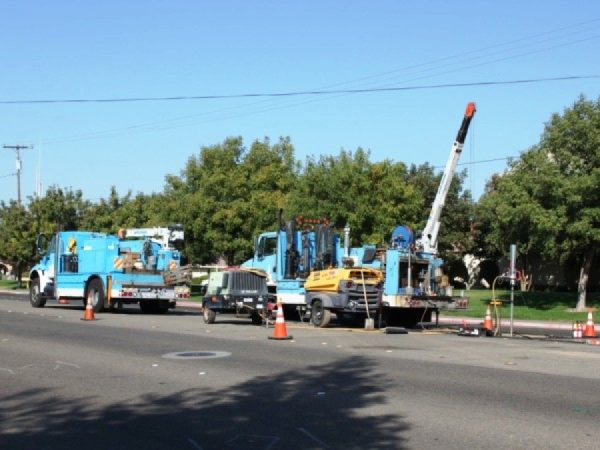 The pipeline in question stretches more than 10 miles from the intersection of East Christofferson Road and Geer Road northbound, following Geer Road past Turlock city limits. The pipeline turns at Santa Fe Avenue and travels to Hughson, then follows Whitmore Avenue into Ceres.

PG&E is opting to replace the pipeline as part of a system-wide program to test or replace pipelines of questionable reliability.

Prior the 1970s, the government did not require pressure testing of natural gas pipelines before the line entered service. Following the 2010 San Bruno pipeline explosion, when a 30-inch PG&E pipeline ruptured starting fires and killing eight people, PG&E has been inspecting all old, at-risk pipelines.

PG&E could have instead hydrotested the pipeline rather than replace it by capping two ends of the pipe, filling it with highly pressurized water, and checking for leaks. A hydrotest was performed on another section of pipeline underneath Geer Road last year, finding no flaws.

“It's more efficient and makes more sense to upgrade both the capacity and the type of the pipeline,” Dye said.

The upgrade will replace a pipeline which varies in width from 6 to 8 inches with a constant 12-inch transmission pipe. The work will increase Turlock's natural gas capacity, allowing the city to bring in more major gas users like food processors, according to Dye.

Work on the upgrade will begin in June, and will take approximately four months to complete. Some increased traffic is anticipated, due to road construction needed to excavate the pipe.

PG&E plans to notify nearby property owners in advance of the start of construction via letters, phone calls, and door hangers. The utility is also planning several open house workshops, with dates and locations yet to be planned.

“We want to make sure that we err on the side of overcommunicating about this particular project,” Dye said.