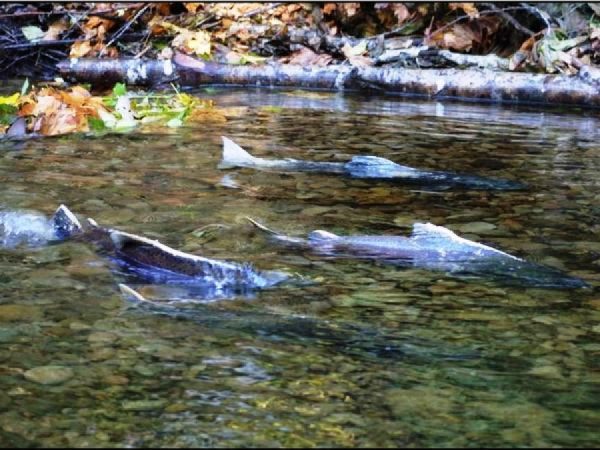 A new federal study indicates that 93 percent of juvenile salmon deaths on the Tuolumne River are caused by predation from non-native fish species, rather than insufficient water flows.

The report could have major implications in halting a controversial State Water Resources Control Board proposal which looks to take irrigation water from farmers to benefit salmon spawning runs, potentially shuttering hundreds of family farms.

The Water Board plan would require the Turlock and Modesto Irrigation Districts to send 35 percent of Tuolumne River flows from February 1 through June 30 down the river, losing hundreds of thousands of acre-feet of irrigation water they would have otherwise diverted to Don Pedro Reservoir.

“There is a disconnect between the Water Board’s theory about what might help the Delta and what trained scientists are finding in the field,” said Allen Short, executive director of the San Joaquin Tributaries Authority. “No matter how much water we send down the river, if nothing is done to prevent the striped bass and other non-native predators from eating young salmon, the population will never recover. If the Water Board is serious about restoring the salmon population, predation must be addressed in an aggressive and comprehensive way.”

The report was prepared as part of TID and MID's ongoing effort to relicense Don Pedro Dam. The Federal Energy Regulatory Commission, which oversees dams, required the testing.

According to the SJTA, researchers estimated the numbers of predatory fish, analyzed their stomach contents, and tracked juvenile salmon as they swam toward the ocean. The report shows that 93 percent of the smolt are simply eaten.

The findings contradict the Water Board proposal, which does not mention predation as a factor contributing to juvenile salmon death. The proposal argues only that higher river flows are needed to increase native salmon populations.

However, Water Board experts admit they are unsure how much difference the increased flows will make.

“We don't know what kind of natural production we're going to get until we start increasing flows to see what natural production we can achieve,” said Dean Marsten, Fishery Program Manager with the California Department of Fish and Wildlife, when testifying before the Water Board on Nov. 13, 2012.

Anti-predation programs have been successful in other regions. A Columbia River Basin program, offering incentives to fishermen who catch predator species, has led to a 30 percent increase in juvenile salmon survival rates, per the SJTA.

“It makes no sense to permit the destruction of 93 percent of the salmon smolt population on a key Delta tributary without taking the slightest measures to mitigate the problem,” Short said. “Unlike the continual increases in flow, which has failed to reverse salmon population declines, predator suppression works and should be a top priority for the Water Board.”

The report, released on Jan. 17, could become a lynchpin in the SJTA's expected legal action to prevent the water take. SJTA legal counsel Tim O'Laughlin said earlier this month that an “aggressive approach” will likely lead to legal action coming “early and often.” It could take as long as 15 years before the matter is decided in court, he said.

Though the legal action will be lengthy and costly, it pales in comparison to the potential economic impact of the Water Board's proposed reductions. SJTA projects the water loss would lead to a $180 million economic impact in dry years, including the loss of over 1,200 jobs and 800 family farms.