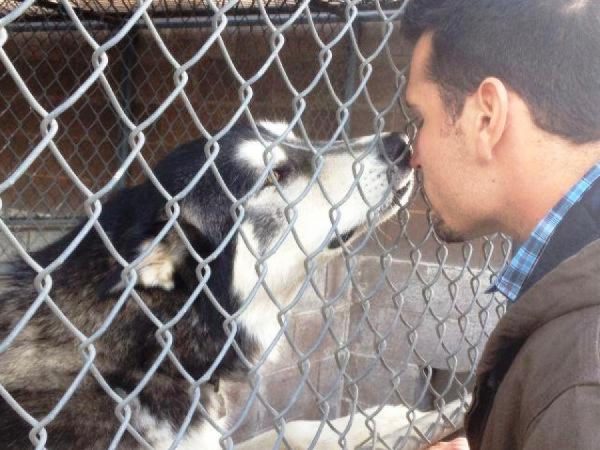 Updated: Bolt's life will be spared, but the Alaskan Malamute accused of biting two Turlock women will not be reunited with his owner.

The decision comes as part of a settlement agreement the City of Turlock announced Friday. The settlement will see all legal action dismissed and Bolt be adopted by a non-profit rescue organization, which may not return the dog to its owner, Dan Mendonca.

The agreement isn't ideal, according to Mendonca's lawyer Bruce Wagman, an animal law specialist from San Francisco, but all parties are “happy with the result.”

“Nobody is ever completely happy with a settlement,” Wagman said. “A perfect world would have been for Dan to get Bolt back again.”

Though Wagman believes Mendonca would have been successful in court, litigation could have taken months or even years with appeals. Throughout that time Bolt would have been cooped up alone in a small dog run at the Turlock Animal Shelter, rather than with a family.

“Dan made an incredible human sacrifice in terms of making that tough decision and saying, 'If Bolt can get out of there, I'm willing to give up and move on,'” Wagman said.

Following the agreement, which was reached Monday night in closed session discussions with the Turlock City Council, Bolt was released into the rescue's care on Friday morning. The settlement was announced only after Bolt left Turlock's custody.

“It was a highlight of my day this morning when I got the call this morning that Bolt had left the building,” Wagman said.

Bolt was accused of biting two Turlock women, McKenzie Leedom and Macie Gilstrap, in September and October 2012. Bolt was slated to be euthanized following a November 2012 Turlock administrative hearing found him to be vicious.

Mendonca argued that Bolt was provoked by the women and sought legal council to prevent Bolt's execution. Leedom and Gilstrap both dispute Mendonca's story, claiming that Bolt struck without provocation.

The case was destined for a March 8 court date before this week's settlement was reached. Bolt had been in the care of Turlock Animal Services since Nov. 7.

The city will allow Bolt to be transferred to a non-profit rescue organization, but will not allow Bolt to be adopted out to anyone in Stanislaus County, Mendonca, or anyone related to Mendonca.

That term was essential to the City of Turlock, according to Interim Assitant City Manager Ron Reid.

“We have to take care of the people that we're serving,” Reid said.

“From the beginning our concern has always been safety for the public. To release him back (locally) would be wrong in our eyes, and potentially dangerous.”

The rescue has asked not to be identified, to avoid media attention as it looks to find Bolt a new home.

“We just want him and Daniel to go off into the sunset,” Wagman said.

Wagman said that the rescue, which he located and was vetted by City of Turlock staff, has prior experience in adopting out dogs accused of being violent.

But Wagman and Mendonca still dispute the claim that Bolt is a violent dog.

Already, Bolt is winning new fans, Wagman said. Bolt is playing with other dogs at the rescue, enjoying human companionship, and being “wonderful” in the words of the rescue operator, according to Wagman.

“Bolt is the wonderful dog we thought he was, and he's already proving it,” Wagman said.