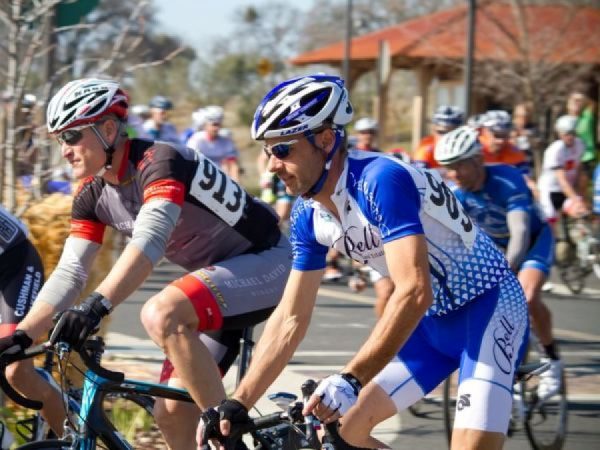 On March 13, cyclists will kick off the 2013 season of weekly Wednesday night rides, a 30-year tradition in Turlock.

“It’s a weekly training ride,” said Robert Bell, one of the founders of the Bell Real Estate Cycling Team. “The first night is for everybody though, it’s more of a relaxed setting so that everyone can reconnect with old friends.”

The weekly training is free and open to the public. However, it is not recommended for young children as it can vary from a 25 to 55 mile loop, as daylight permits.

“This is the first year that the [Bell Real Estate Cycling] team has been there as a team, but we’ve all done this ride for years as individuals,” said Bell. “We know the loop and the protocol, and all that stuff. It’s really just a bunch of bike enthusiasts, racers or former racers, that get a chance to go and visit and see people that they haven’t seen in a long time.”

Robert and Shelly Bell formed the Bell Real Estate Cycling team in 2012. The amateur cycling team, primarily sponsored by Bell Real Estate Services, competes in road and cyclocross races throughout Northern California. The locally-based sports team was established to promote the sport of cycling and to give back to the community while racing and training. The team is currently comprised of sixteen members from around the community.

The weekly night ride is intended for self-sufficient cyclists, as there is no support along the loop. Should a cyclist break down, it is up to the rider to have the proper equipment to fix the problem.

“There are some people there that raced twenty years ago together, and now they get to see each other again,” said Bell. “The first ride is more about everyone hanging out and getting to say hi to old friends, as well as old rivalries.”

“It’s not a race though,” said Bell. “It’s a tradition that has gone throughout the years.”