Irrigation Season Off to Quick Start 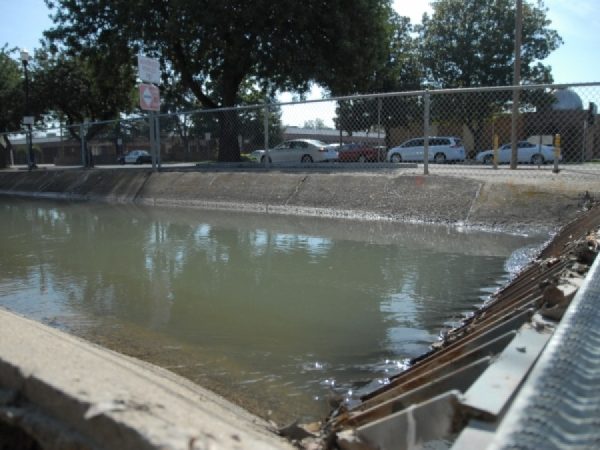 When the Turlock Irrigation District’s 2013 irrigation season kicked-off last week, it came with a flood – both of water, and of phone calls.

In total, 1,316 orders were placed in the first week of irrigation season, bringing13,000 acre-feet of water to roughly 45,000 acres. About 75 percent of the orders came from tree growers or oat farmers, Kavarian said.

The first-week surge is already calming down, Kavarian said, as farmers work to navigate a dry irrigation season with a historically-low 30-inch cap. The district has been coaching farmers on how to deal with the limited water, advising growers to irrigate less often, using less water each time.

“We’ll start hitting a routine in the next week or so,” Kavarian said.

Water from district reservoirs will be supplemented by groundwater pumping. Already, Kavarian said he has secured contracts to rent 67 pumps, with about 100 more pumps pending a signature.

Though TID directors said that the irrigation cap may be revised upward should an exceptional amount of rain fall, forecasts suggest that scenario to be unlikely.

Should the remainder of the water year be among the rainiest on record, the irrigation season could yet end well for growers. If it is exceptionally rainy from this point forward, as much as 1.8 million acre-feet of precipitation could accumulate this year.

“If we went wet from here on forward it would make a big difference,” TID Director Joe Alamo said. “Huge. … There’s still a chance out there.”

No rain is forecast for the next week, but an inch is expected in the week after.