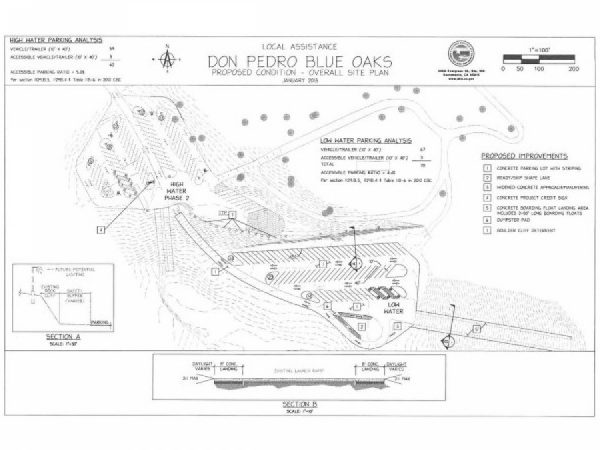 The project, said to improve safety for the nearly 10,000 boaters who launch annually at the ramp, has been in planning for more than a year.

“Over the past year we've been meeting with the California Department of Boating and Waterways and (Don Pedro Recreation) Agency staff to review improvements,” said Carol Russell, DPRA director. “What they've designed and we collaborated on is a two-phase project.”

The upgrade will see the Don Pedro Recreation Agency replace the boat launch with a new concrete boat launch, with concrete shoulders offering better footing. An existing dirt and asphalt parking lot, would be replaced with a concrete lot. Two new 80-foot floating boarding docks are proposed as well.

All of the state grant funding would come from the California Department of Boating and Waterways Boat Launch Facility Grant Program. The program is funded by annual registration taxes paid by boat owners.

If approved, the DPRA would receive access to the funding in 2014. The new boat ramp could be open by 2016.

A second phase of the project would see TID replace the rarely-used upper boat launch, adding a new parking lot and a restroom facility. The upper launch currently has no parking area, and the lower parking lot is submerged at high reservoir levels.

“We chalk it out on the field and park cars as best we can when the water is high,” Russell said.

No timeline is available for Phase II of the project.