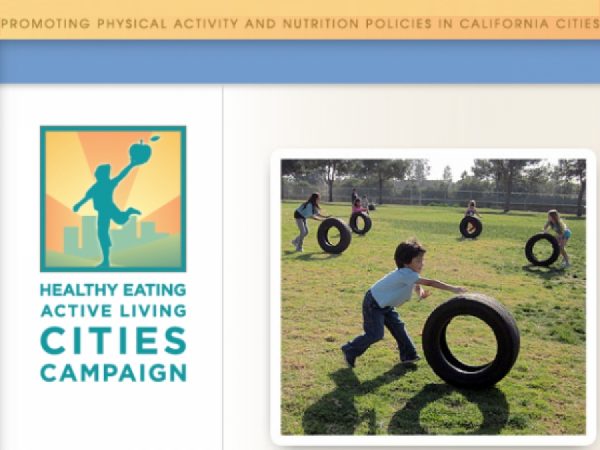 “I understand that this is a good thing, but I'm kinda concerned about the New York thing, you know?” said Russell Silva, pastor of the Turlock Fellowship Bible Chapel, speaking to the Turlock City Council on Tuesday. “What would be the chances of this coming to pass in Turlock.”

The HEAL Campaign encourages the development of bike paths, safe route to school programs, and parks where citizens can be active. Special zoning can encourage farmers markets or community gardens, so citizens can eat healthier.

And the program offers workplace wellness webinars for city employees too, building a culture of health starting with city staff.

“We're not looking to ban the choice of anyone, just encourage healthy lifestyles,” Lazar said.

A total of 143 cities have already signed on the HEAL campaign, which is sponsored by the League of California Cities, including Modesto, Ceres, Oakdale, Patterson, and Riverbank.

The initiative is especially needed in the Central Valley, according to Lourdes Perez of the Central California Regional Obesity Prevention Project.

“That's why it's so critical to understand that what surrounds us, shapes us,” Perez said.

On Tuesday, the Turlock City Council also:
• Approved the construction of a new traffic signal at the intersection of Golden State Boulevard and F Street, replacing what is currently a two-way stop for F Street traffic.
The safety-driven improvement will cost $766,670, with $606,149 coming from federal grants. The remaining $160,521 will be paid by the city.
• Accepted the donation of the Brandon Koch Memorial Skate Park sign, donated by Judith Suliman.
The solid granite sign, standing 33 inches high and 48 inches wide, commemorates Koch, a longtime Turlock skateboarder who passed away after a bout with cancer. The Turlock Parks, Recreation and Community Commission approved renaming the Turlock Skate Park in his honor on Aug. 14, 2012 after an outpouring of community support.
• Issued a proclamation in honor of Love Turlock, the annual city beautification project scheduled for April 27. New Life Christian Center Pastor David Larson accepted the proclamation.
• Appointed two new alternate members of the Turlock Planning Commission: Alice Pollard, principal of the Turlock Adult School, and Ashour Badal, the Associate Dean of University Extended Education at California State University Stanislaus. A total of 12 individuals applied for the two seats currently held by Victor Pedroza and Aben Williams, both of whom are reaching term limits.
• Finalized a city ordinance banning pedestrians from standing in roadway medians. The practice is a safety concern, the city says, both for pedestrians and distracted drivers.
The ordinance will also effectively ban panhandling in medians.
• Finalized an ordinance amendment to move a City of Turlock tow-away zone to reflect the new location of the Turlock Farmers Market.
The market will move one block southwest on South Broadway, stretching between A Street and West Main Street this season. The market will no longer operate on Broadway north of Main Street.
Cars will be prohibited from parking overnight Thursdays in that area from May through October, so as not to interfere with the market's early morning setup.
• Placed liens on five properties for costs related to the abatement of weeds, obnoxious growth, and debris.
• Conferenced with legal counsel in closed session, discussing potential litigation.
• Held a meeting of the Successor Agency to the Turlock Redevelopment Agency to approve a cooperative agreement which will repay the City of Turlock from former RDA accounts for expenses related to the Successor Agency.