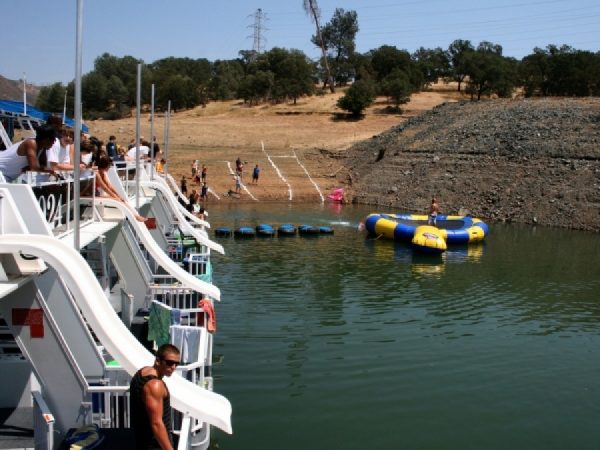 The new rates, up 31 percent at most, will increase far less than the 85 percent rate hike Forever Resorts requested in December. The DPRA Board of Governors rejected that request as unreasonable, ultimately leading to the compromise agreement.

But the new rates could rise – or fall – further pending an independent review of Forever Resorts' houseboat dock rate structure, mandated by the compromise.

Forever Resorts expects the rates to rise further, as the concessionaire has long argued that the rental fees paid by house owners don't cover true costs, such as building a new, $2.2 million pier.

Instead, members of the DPRA Board of Governors met with Forever Resorts representatives four times over the span of the next two months, drafting a compromise agreement in closed session.

The compromise will immediately raise rates for houseboat owners. Those who dock at buoys will see rates rise 14 percent, while those renting slips at Moccassin Point or Lake Don Pedro marinas will see 20 and 31 percent rate increases respectively.

Additionally, the compromise will require Forever Resorts and the DPRA to jointly hire an independent expert to determine what rental rates should be. Beginning in January 2014, rates would begin to be adjusted either up or down annually to match the consultant's recommendation.

Rates would be adjusted no more than 10 percent each year, until the recommendation and actual rents match.