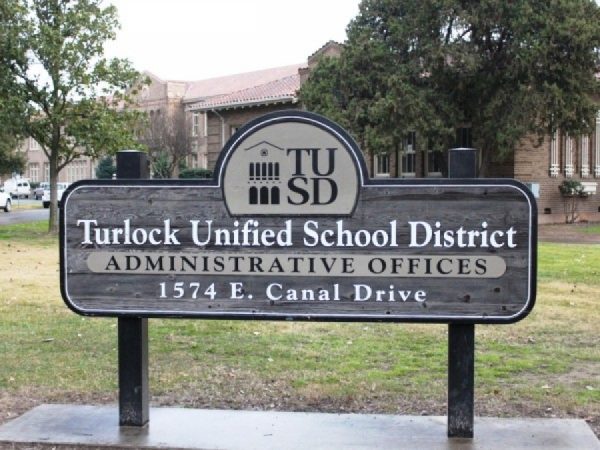 Although the recently released May Revise of Governor Jerry Brown’s 2013-2014 state budget could mean harsher restrictions for local school districts, state revenues have exceeded projections originally made in January.

With $4.5 billion in unanticipated state revenues this year, local school districts such as Turlock Unified School District would traditionally see those funds carry over into the following budget year. But in the May Revise, Brown (D) decided instead to allocate the additional revenue as one-time funding, to be used mostly to reduce deferrals – previously planned IOUs – and to support Common Core implementation.

“The governor did recognize those new revenues during the May Revise, but he recognized them primarily only in 2012-13,” said Lori Decker, TUSD Assistant Superintendent of Fiscal Services. “That increase in state revenues would increase the Prop 98 guarantee by $2.9 billion, but the governor chose to allocate almost all of it as one-time funds, not ongoing funds.”

Due to Brown classifying the unanticipated revenue as one-time funding, school districts are projected to receive $1.8 billion less next year under the Prop 98 educational funding guarantee model.

“In 2013-14, probably the biggest surprise of the May Revise was the conservative estimate on 2013-14 state revenues,” said Decker. “The governor did not carry forward the increase in recent revenues in the current year into the budget year, and as a result the Prop 98 guarantee drops by 1.8 billion in the governors budget.”

Additionally, the changes in Prop 98 spending in the May Revise include a $1.6 billion designation for paying down additional cash deferrals, reducing K-12 outstanding debt by half. By the end of 2013-14, there will be an estimated $4.9 billion remaining in K-12 deferrals.

As part of the May Revise to the state budget, Brown also chose to allocate $1 billion towards the implementation of Common Core Standards – a nationwide initiative to set clear math and reading expectations.

Additionally, TUSD will receive approximately $2.2 million in ADA that must be spent on professional development, instructional materials or technology. According to Decker, these funds must be spent over a two-year period via a Board-approved spending plan.

Changes in how funds are distributed are also part of the proposed State Budget, using the Local Control Funding Formula. The LCFF is part of an effort to increase flexibility and accountability at the local level so that those who work with students directly can make decisions to ensure that targeted students receive needed resources.

With a total of $1.9 billion going towards LCFF, supplemental and concentration grants for districts will be calculated not only based on attendance, but the average percentage of English learners, students from low-income families, and foster children.

One of the main changes in the May Revise is the increase in LCFF restrictions that were not included in the January proposal.

“'Local Control' I feel now is becoming not an accurate name,” said Decker. “It’s becoming 'State Control' formula because there are many restrictions put on funding in several areas. Depending on how revenues go, particularly when we have shrinking resources, it becomes increasingly difficult.”

Supplemental and concentration grants, for example, are required to be spent for the benefit of targeted students. Districts must also spend no less than the amount spent in 2012-13 for targeted students, and must ensure that expenditures for grants are proportional to the number of students at each school site.

The May Revise also requires additional accountability and oversight of the LCFF initiative. County superintendent approval of LCFF spending, additional oversight authority if a district fails to meet academic targets, and potential audits are among the changes.

Another important aspect of the May Revise is the continuation of adult education at the local district level. Earlier this year, TUSD staff expressed concerns and uncertainty over the future of the Turlock Adult School, as Brown had planned to move the responsibility of providing adult education to the California Community Colleges.

In the May Revise, however, Brown decided adult education would remain status quo for the next two years. During these two years, districts and community colleges are expected to collaborate on a regional adult education consortium.

“Hopefully two years will be good enough to make some sort of plans,” said Trustee Harinder Grewal. “So hopefully this will pass, and we’ll be able to keep adult education.”

The official expected date for adoption of the 2013-2014 state budget is June 15. TUSD is currently expected to adopt the district budget on June 11.