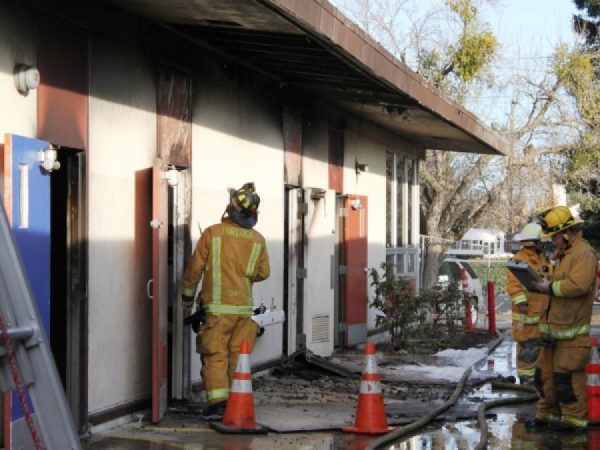 The Turlock Fire Department is busier than ever, with call volume up 6.7 percent in the past year.

Despite the increased workload, the Turlock Fire Deparment has continued to promptly respond to emergencies. Average response times dropped by 2 seconds last year.

Incidents are becoming more serious too, with emergencies requiring multi-engine responses up even more sharply – 9.6 percent. Turlock Fire Department engine companies responded 7,182 times last year, up from 6,553 the year before.

“That's a trend we think will continue to rise as well,” Lohman said.

The majority of calls were emergency medical – 67 percent, just below the nationwide average of 70 percent. Roughly 4 percent of calls dealt with fires.

One significant increase from 2011 was in dollar loss due to fire, totaling more than $2.5 million – the most ever. That's more than triple the admittedly low, approximately $750,000 lost in 2011.

“We attribute most of that increase in dollar loss to one fire – the Crowell (Elementary) School fire,” Lohman said.

The January 2012 fire resulted in more than $1.5 million in damage. No one was harmed, but the school was evacuated after a fire began in a construction zone.

The change would reduce the Turlock Fire Department's staffing from 13 to 12 firefighters on staff at all times. One station would likely drop from a traditional three-man team to a two-man team.

With a likely decrease in staffing, the Turlock Fire Department looks to become more efficient by partnering with neighboring organizations and the Turlock community. The department is currently drafting resource sharing agreements with other local fire departments, and hopes to develop a Citizens Emergency Response Team in the coming months.

“We're just in the early and initial stages of trying to develop that program,” Lohman said.