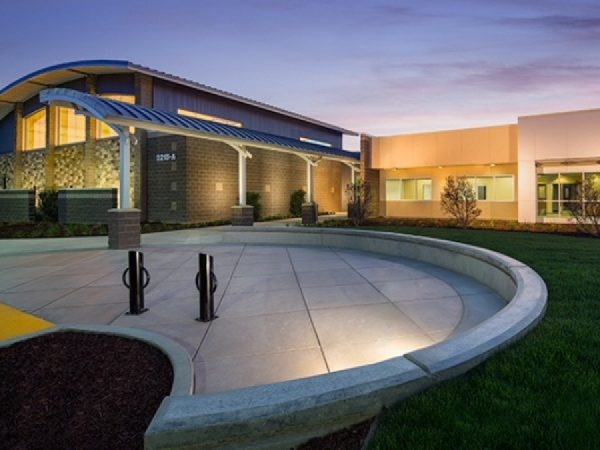 This Friday a new, $22.7 million Juvenile Commitment Facility will open in the City of Modesto, in hopes of turning around the lives of troubled youth who are currently serving time.

The facility was designed by architects Lionakis, of Modesto, to feature elements such as a culinary training kitchen for job skills, a gymnasium and multipurpose room, day rooms, two program rooms and four classrooms. The design looks specifically to focus on both the rehabilitation and education of troubled youth, rather than mere confinement.

The new Juvenile Commitment Center is a direct result of a partnership between Stanislaus County and the State of California. Together, the two created the first Juvenile Youth Treatment Center using funds from the Department of Corrections Youthful Offender Rehabilitative Facility Construction Funding program.

Approximately $15.5 million of the $22.7 million price tag came through the state grant. The remaining balance was paid with $1.75 million in county Public Facility Fees, $700,000 in Criminal Justice Facilities Funds, and $1.7 million in matching funds for the property.

A public groundbreaking ceremony held in October 2011 started construction of the state-of-the-art facility, which will be operated by the Stanislaus County Probation Department. Construction was completed this month, both on schedule and significantly under budget.

The public is invited to attend the Stanislaus County Juvenile Commitment Facility dedication and facility tour on Friday afternoon. The tour will include information regarding programs provided by the new facility.

The dedication ceremony will be held on Friday at 1 p.m. The facility is located at 2215-A Blue Gum Ave. in Modesto.

At the dedication ceremony, the Visitor Center/Gymnasium will be named in honor of Turlocker Dr. Everett Johnson and the late Lillian Johnson. The two devoted more than 40 years to serving the juvenile justice system.