“Toddlers and Tiaras” on TLC to Feature Turlocker Tonight 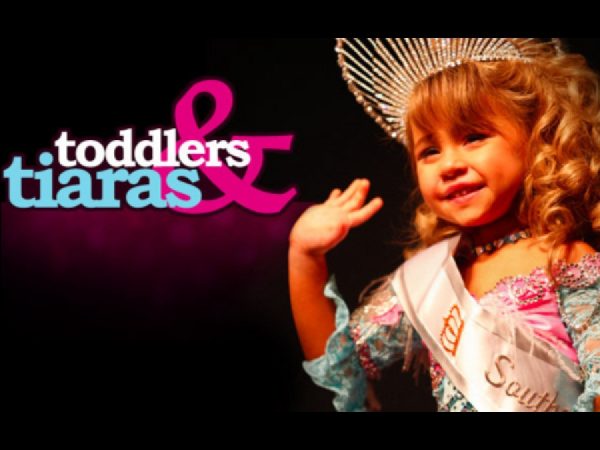 “Toddlers and Tiaras,” the child beauty pageant show infamous for its over-the-top glitz and glamor, will feature a return appearance by a Turlock native on tonight's episode.

California Tropic International Director Carol Fleming is a Turlock resident who has been featured on two previous episodes of “Toddlers and Tiaras,” the TLC TV program now in its sixth season of following girls as they compete for crowns in beauty pageants. Fleming has been involved in the child pageant world for over 25 years and says that she is truly passionate about sharing the fun and excitement of pageants.

“I don't drink, I don't smoke or play Bingo. This is what I like to do,” Fleming said.

Fleming attended her first pageant 25 years ago when her nephew competed in the little boys category. Fleming said her nephew won “best smile,” or one of the other consolation titles – the sort that all competitors earn, not a coveted crown.

But he didn't seem to mind.

“It was like he had won Mr. America,” Fleming said.

Fleming said the look on her nephew's face was what inspired her to enter the child pageant world. A few years later she had a daughter of her own and became involved with pageant organizing.

Today, Fleming's Turlock-based California Tropic Promotions hosts beauty pageants across the country, which have been featured twice on “Toddlers and Tiaras.” Wednesday night's episode will follows three girls as they compete in the “California Tropic: Sugar and Spice” beauty pageant in Las Vegas.

A typical California Tropic pageant doesn't look much like the pageants seen in “Toddlers and Tiaras,” which are known as “glitz” pageants. Contestants don't go to extremes with their makeup and grooming, or wear pageant dresses that “Toddlers and Tiaras” stars spend thousands of dollars on.

Instead, California Tropic pageants usually feature only swimwear and an outfit of the family's choice. Fleming said that parents at the Modesto, Merced and other local pageants spend a lot less money than those shown on the television show.

“They want to brag about how little they spend rather than how much,” Flemming said.

But the show has changed parents and the public's expectation for child pageants, Flemming said. Parents now call and ask if the pageants will be like what they see on “Toddlers and Tiaras.”

“They expect you to do a glitz pageant,” Fleming said.

Contestants in “glitz” pageants can be as young as a few months old, but “Toddlers and Tiaras” typically focuses on children over the age of two. Girls as young as six years old are routinely prepped for pageants with spray-tans and fake eyelashes. Eyebrow waxing and contact lenses are not outside the norm. Even the pre-school crowd wears hair pieces and fake teeth prosthetics known in the pageant world as “flippers.”

The show has drawn criticism from some parents and child activists for featuring glitz style pageants, but continues to receive high ratings and has even spawned a spin-off.

The “Sugar and Spice” pageant featured on Wednesday night's show will be a full-glitz blowout shot in Las Vegas. The winner of the Sugar and Spice pageant won airline tickets to the City of Industry to pose as a model for “Hollywood Babe.” The company sells pageant dresses and children's costumes and is well-known in the pageant world. Fleming said that California Tropic Promotions works with several companies to get modeling contracts for pageant winners and contestants.

Wednesday night's episode features Bailey, Riley, and Kelsie as their families ready them for the upcoming pageant. Drama ensues when one mother is banned from the competition and her daughter isn't allowed to preform. The show will air on TLC at 9 p.m.