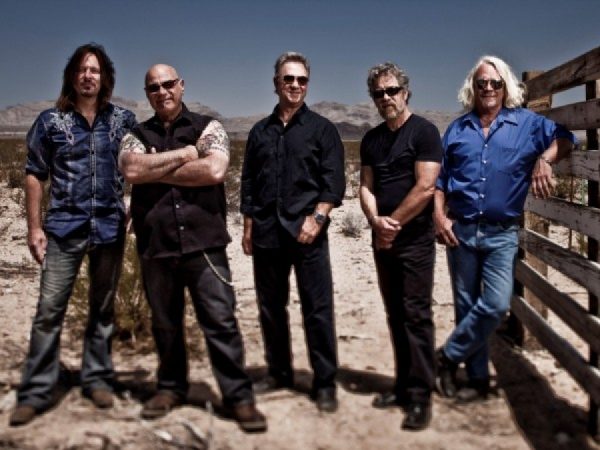 Rock legends Doug ‘Cosmo’ Clifford and Stu Cook, the original drummer and bassist from Creedence Clearwater Revival, will be rocking the stage at the Stanislaus County Fair on Sunday.

Though it will not be the first time the duo have been to Turlock, Clifford says they’re excited to be back to play for their fans.

“We’ve played Turlock before, quite a few years back. I remember it being about 104 degrees and dusty,” said Clifford. “We’re looking forward to this show though. We’re going to be playing in a lot of California, and from there we’ll head up to the Pacific Northwest and then also up into Canada.”

“First of all, it was something that we never planned to do,” said Clifford. “Second of all, it was a great surprise the way that it came about. Many times fans after the show would ask us why we didn’t have a CD to sell at our shows, and we had never really thought about it. That album was a fan driven project, they wanted a CD so we put that together…It went platinum, and was basically just one of the things that fans wanted to have. We wanted to make people happy, so that’s what we did and it ended up being a great record.”

Throughout the 19 years that Creedence Clearwater Revisited has been around, the band has toured North America, South America, Central America, New Zealand, Australia, Europe and Asia. This November, the band will also make their way to Vietnam.

“I think it’s kind of ironic that we’ll be playing there just because back in the ‘60s we were doing everything to stay out of Vietnam,” said Clifford. “It will be quite interesting to get over there and see how things have changed in the last 40 years or so. It’ll be a real eye opener.”

Times have certainly changed since the 1960s, when Clifford and Cook were still finding their way in the world of music. Clifford was recently nominated for the Classic Drummer Hall of Fame, and is now considered an idol by thousands of drummers.

“I run into people who are drummers who say that I was one of their biggest inspirations, so it’s kind of cool because that’s how it was with myself and Al Jackson Jr.,” said Clifford. “I idolized him and learned from him, and now I’m on the other side of the baton and I’m passing it down to the guys who come up and tell me that I was a huge influence to them and their playing when they got into it. It’s really a circle of life and music, and a really cool thing to be a part of, and to know you have an influence on their career…it’s really rewarding.”

Creedence Clearwater Revisited will be at the Stanislaus County Fair at 8:30 p.m. Sunday, playing on the Budweiser Variety Free Stage. The concert will be hosted by The Hawk 104.1 and is free with the price of fair admission.