ACE Train Could Serve Turlock in 2022 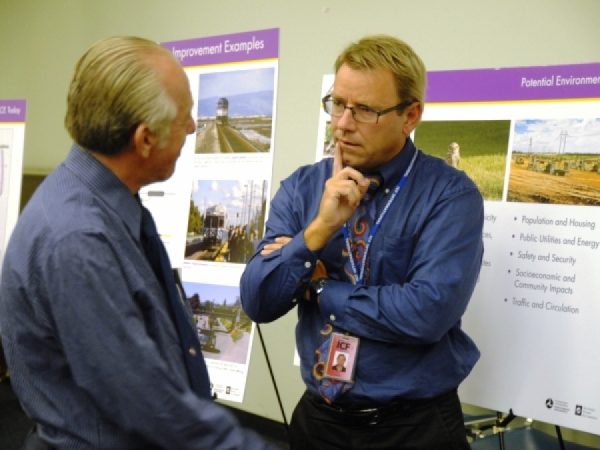 Commuter rail service could reach Turlock as soon as 2022, but only if planners can find $388 million dollars to fund the expansion.

The Altamont Commuter Express currently runs from Stockton to San Jose, operating four trains daily and serving more than a million customers each year. But as demand for train service increases, managers are planning a massive overhaul and expansion of the ACE route.

The ACEforward plan calls for myriad improvements to improve the capacity and throughput of the existing railway. Additional track would be laid in bottleneck areas, reducing time spent waiting for other trains to pass, and twisty bits may be replaced by straighter segments.

“We think that one of the great benefits of this is the opportunity to have these downtown stations,” said Dan Leavitt, Manager of Regional Intiatives for San Joaquin Regional Rail Commission, which manages ACE.

By 2018, ACE hopes to expand service to Modesto, offering six trains a day. The expansion will require the construction of an entirely new, dedicated railway from Stockton to Modesto, at a cost of roughly $188 million.

By 2022, the railway may reach as far as Merced, with a station in Downtown Turlock near Main Street. That expansion is expected to cost a further $200 million, with 10 trans running daily after the work is completed.

The total, $388 million cost to reach Turlock is a high-end estimate, Leavitt said. The cost could fall drastically if ACE is allowed to build in the existing Union Pacific Railroad right-of-way, rather than purchasing its own adjacent land.

“If we can get in the right-of-way, we can reduce costs,” Leavitt said.

Currently, no funding has been identified for the ACE train expansion.

Brent Ogden, vice president of Oakland planners AECOM, the ACE expansion's planner, said he expects any development to be paid for with federal and state funds. The federal government would likely shoulder 80 percent of costs with the state paying 20 percent, but no funding has yet been allocated.

“One of our tasks is to develop a funding strategy,” Ogden said.

“We think the project has merit regardless,” Ogden said.

Fare information for the proposed routes is not available, but ACE riders currently pay $13 for a one-way ticket from Stockton to San Jose, with discounts available for seniors, children, and frequent riders. A trip from Turlock to San Jose would take approximately two hours and five minutes, according to ACE.