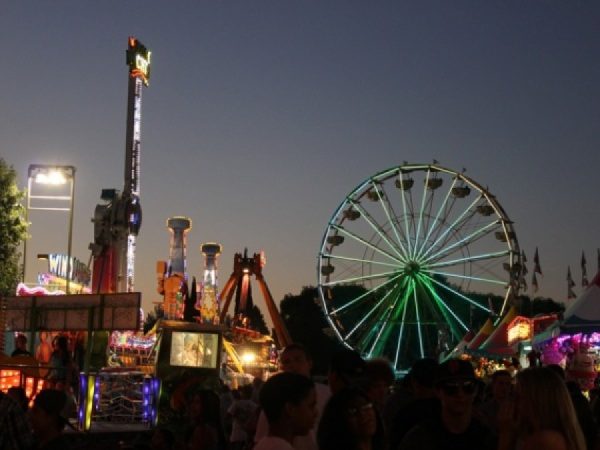 But before the fairground's gates closed for the final time, the 102nd Stanislaus County Fair drew in nearly 229,000 guests during its ten-day run – a 5 percent increase from last year’s fair.

“It was a great combination of entertainment, agricultural education, and just plain fun,” said Chris Borovansky, CEO of the Stanislaus County Fair. “The Fair at its core is a special event for the community.”

With new features this year such as the Wizard’s Challenge, the Farmers Market, and the toy train exhibit, the 2013 Stanislaus County Fair awed thousands of guests with all that it had to offer.

The Kids Club program, which allowed children to complete educational passports for a Family Fun Pack grand prize, had 800 sign-ups this year. Even more impressive was the Fair mobile app which saw 5,000 new downloads for 2013, bringing the total number of mobile app users to 15,075.

Another success for the 2013 Stanislaus County Fair was the number of individual exhibit entries, tallying nearly 30,000 altogether. For example, the floriculture exhibit had more than 3,700 entries, while the photography exhibits had more than 2,100.

“The exhibit program is what sets us apart from other Fairs in the state,” said Adrenna Alkhas, spokesperson for the Stanislaus County Fair. “It’s about the community joining together for this one event.”

Although the Fair may be over for the 2013 season, guests can continue to learn more about the Fair and keep up with plans for next year by visiting www.stancofair.com.