TUSD Board May Pick New Trustee on Tuesday 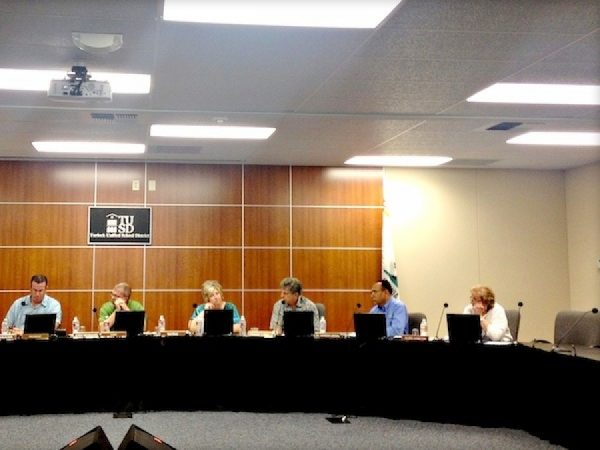 After Turlock Unified School District Trustee Grady Welch resigned from his position in early July, the Board of Trustees has been on the hunt for a provisional appointee to fill the position.

The Board of Trustees may fill that vacancy at Tuesday’s school board meeting.

Tuesday evening the Board of Trustees will interview four candidates for the provisional board appointment: Llewellyn Boyle, Barney Gordon, Deborah Martin, and Marsha Memmott. After conducting the interviews, the board will decide whether or not to appoint one of the individuals during the same meeting.

“The Board of Trustees are scheduled to hold interviews for the provisional appointment process, possibly leading to the appointment that evening,” said TUSD Administrative Assistant Roberta Cheney.

TUSD accepted applications and letters of intent throughout the month of July. A screening committee comprised of three board members met to review each candidate’s information form, working to narrow down the selection of candidates. The four remaining candidates are to be interviewed by the entire board on Tuesday.

The Stanislaus County Superintendent received the official resignation of Welch on July 5. Welch, who was elected to the Board of Trustees in November 2011, still had two years left in his term. The individual selected as the provisional appointee will serve the term of Aug. 20, 2013 through November 2015, when a regular election process will take place.

Welch stated in an official resignation letter to the district that it was his intent to resign due to many extenuating circumstances.

“It has been and honor and privilege to serve for a short while,” said Welch in the letter. “I hope that the Board of Trustees will continue to do great things for the students of Turlock.”

Tuesday evening, the Board of Trustees will also hear recommendations from Superintendent Dr. Sonny Da Marto regarding the positions of Assistant Superintendent of Educational Services, and the Principal of Turlock High School.

Additionally, the school board will receive information regarding any updates to the 2013-14 Budget.