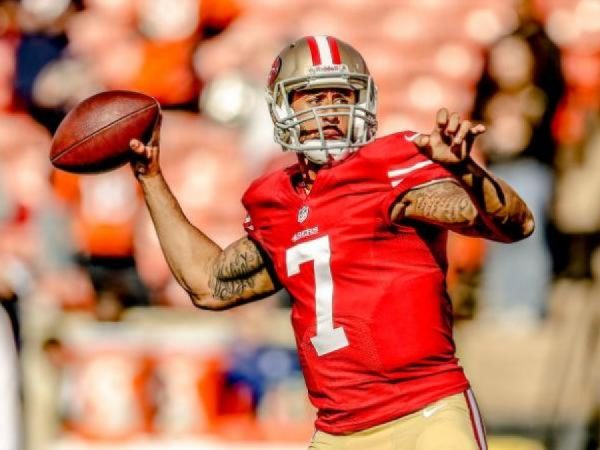 Sure, Thursday night's matchup between the San Francisco 49ers and the Denver Broncos was just a preseason game. The outcome won't affect either team's chance at a Super Bowl crown.

“It was good to be out on the field, to be playing again,” Kaepernick said.

And Kap looked good, too, completing 4 of 4 passes for 38 yards, part of a 62-yard drive he engineered during his only offensive series.

Boldin lined up on the other side of the line last year, when he played for the Super Bowl winning Baltimore Ravens. This year, Kap's glad Boldin's on his side.

Of course, Kaepernick isn't known only for his arm. Kap put his famous running game to work late in the series, rushing for six yards on a third-and-two to pick up the first down.

According to Kaepernick, that QB keeper wasn't the designed play – just some quick thinking.

Despite Kap's strong opening drive, which ended in a 32-yard field goal from kicker Phil Dawson, the 49ers were unable to move the chains after he left the game. The 49ers ultimately lost 10-6, with the only touchdown coming on defense for the Denver Broncos.

Even he didn't play for most of the game, the loss didn't sit well with Kap, who is already looking to get better.

“I did pretty well,” Kaepernick said. “I think we have a few things we need to improve on though. We have to keep working.”