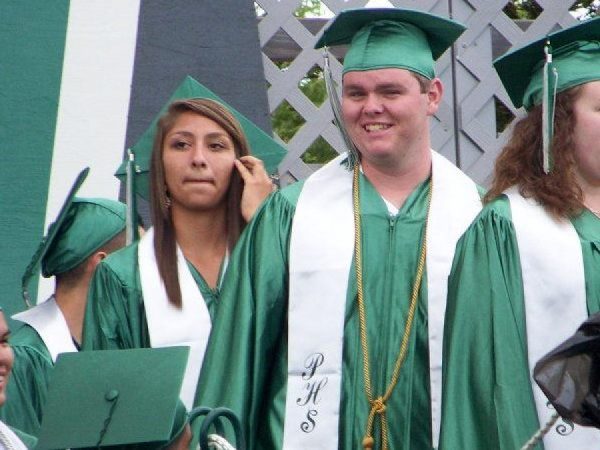 The family of Turlock native Stephen Gugel, 19, who passed away last Friday morning following a freak bike accident Thursday at the Patterson skate park, is thankful for the outpouring of support from the Turlock and Patterson communities.

“We are taking his death day-by-day, and he meant the world to us so it has been hard,” said his sister Amber Rose Gugel.

Stephen Gugel, a 2012 Pitman High grad, was well known in the Turlock BMX community. He also played three years of football at Pitman High School, and played in Turlock Little League from the time he was 7 years old.

His mother, Mashell Gugel, says she wouldn’t wish the death of a child or loved one on anybody.

Stephen’s father, Steve Gugel, and Mashell both went on to describe Stephen as the kind of young man who would go out of his way to help anyone with anything. She says he was always happy-go-lucky and that if he saw someone sad he would try to make them laugh.

Mashell says Stephen’s death was a total accident, and there was nothing anyone could do to help him. Yesterday the Gugel family returned to Doctors Medical Center and thanked the doctors, paramedics and fire fighters who tended to Stephen in his final moments.

The family has been touched by the outpouring of support from the community and people who knew Stephen.

“I’ve never seen so many people come to our family. He was such an all-around good guy and he made friends wherever we went. I remember when we were kids we would go to the lake or something and we’d all wonder where Stephen went. He would be halfway down the beach playing with some kids he had just met. He was an outgoing people person,” said Amber Rose. “He always said he only had a few friends but truthfully he had friends everywhere he went.”

Mashell says that the community should know that Stephen died doing what he loved. He had been riding BMX since he was a boy.

“He would come home from work, change and then off he would go to the skate park. He had been riding forever and it was what he loved,” she said.

Following Stephen’s death the Patterson skate park was closed for several days due to an investigation but has since reopened. The Patterson City Manager’s office had no comment.

A memorial service for Stephen will be held at 3 p.m. Sept. 7 at Allen Mortuary in Turlock. A fundraiser will be held this Sunday at Dale’s Guitar at 210 East Olive Ave. in Turlock from 12 noon to 4 p.m.