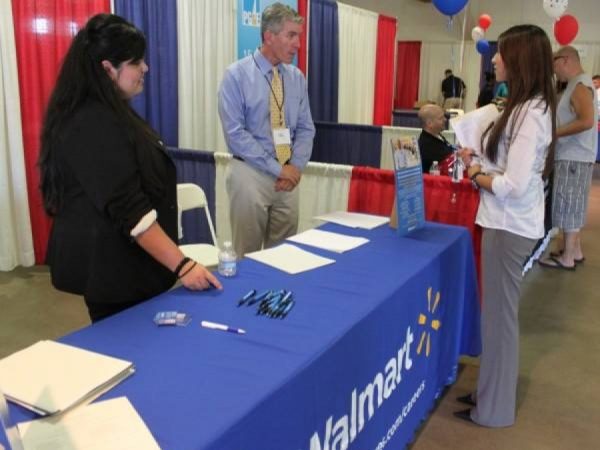 The numbers are grim for young people in search of employment, according to Generation Opportunity’s new Millennial Jobs Report.

The startlingly high figure from national youth advocacy organization Generation Opportunity includes a staggering number of young people who have simply stopped looking for jobs. About 1.7 million young adults are not counted as “unemployed” by the U.S. Department of Labor, as they have abandoned job hunts due to the lack of available jobs.

“As the summer draws to a close, young people are no better off than we were three months ago,” said Generation Opportunity President Evan Feinberg. “Practically all of the jobs created this summer were part-time, and precious few even went to young people. Worse, the looming threat of Obamacare offers employers little incentive to transition any of those jobs into full-time positions.”

In the Central Valley unemployment consistently averages higher than most of the state and country, compounding the lack of local job opportunities for youth and college graduates with little-to-no work experience. The overall unemployment rate in Stanislaus County was 12.9 percent in July, compared to 9.3 percent for the state.

According to Generation Opportunity, without taking into account those who have given up looking for work, the national unemployment rate for 18-29 year-olds is 11.8 percent. For African-American youth it is 21.6 percent; for Hispanics 12.8 percent. Female youth beat the average, posting a 10.8 percent unemployment rate.

Locally, youth are expressing frustration with the job market.

Heather Ordez, 27, who graduated last year from CSU Stanislaus with a Bachelors of Science in Business with a concentration in Marketing, is substitute teaching to make ends meet.

“I have been searching from Sacramento to Fresno, including the Bay Area. (I have written) countless cover letters and sent in resumes, along with working with career services prior to graduating. I have only received responses once or twice in the last year and a half. Way too competitive. I’m substitute teaching, but dying to find full-time work in my field. Highly discouraging job market,” she posted on TurlockCityNews.com’s Facebook Page.

“All my jobs are outside of Turlock,” Davis posted. “And it’s near impossible to get an interview without (five-plus) years of (experience). And/or someone on the inside.”

“My daughters went to the ‘job fair’ here last year at the fairgrounds, resumes in hand,” posted Mary VanGorder, who has two daughters in the 18-29 year old bracket. “It was a total waste of time because they all told them to go online.”
With a weak job market for 18-29 year-olds, many experts fear the student loan debt bubble may burst. Without jobs, new graduates cannot pay down their college loans and those that can will struggle. Many of them will probably look to consolidate their debt (get more details here) to find different approaches to paying off their student debt.

JPMorgan Chase, the largest bank in the United States, issued a memorandum to colleges nationwide today notifying them they will stop issuing new student loans in October.

The lack of jobs and the seeming impossibility of paying off student debt have driven some locals to look at national service as a last resort, said Reta Sanden of Turlock.

“Some of the kids I know have actually joined the military because there is just no future for them otherwise,” Sanden posted. “It’s a sad future for 18-year-old people and up if this economy doesn’t offer them something more promising!”