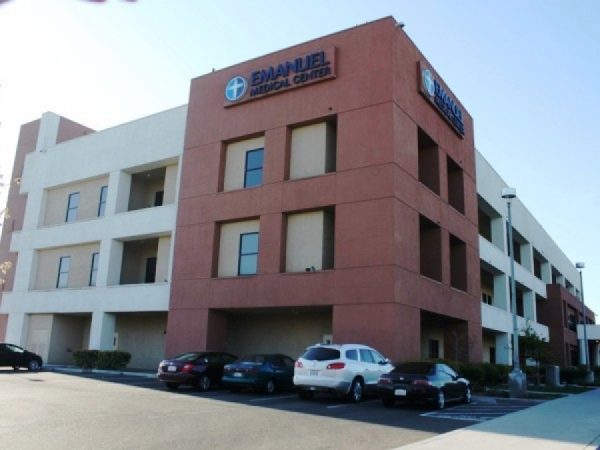 A 61-year-old man shot and killed himself in a vacant room at Turlock's Emanuel Medical Center early Saturday morning. His motives remain unknown.

According to Emanuel Medical Center CEO John Sigsbury the incident occurred on the second floor of the hospital, in an area where many long-term patients suffering from various ailments are quartered.

Just before 5 a.m. an Emanuel employee was walking by a room she believed to be vacant. The employee saw a man in the room, sitting on a bed facing away from the doorway. The employee went to inform a nurse of the man's presence, and to confirm that he should not be in the room.

The nurse returned to the room and knocked on the door, at which time the man shot and killed himself.

Turlock Police were phoned at 5:08 a.m. and arrived on-scene shortly thereafter, taking control of the situation.

No one on staff spoke with the man, or made any direct contact before the shooting occurred, Sigsbury said.

“It's a terrible thing,” Sigsbury said. “Our hearts go out to the family.”

Following the incident, the hospital was placed on lock-down for roughly two hours as a precautionary measure. There were no interruptions to patient service as a result of the shooting, Sigsbury said, and the room where the incident occurred has since returned to operation.

The Stanislaus County Coroner's Office has confirmed the victim to be Jeffrey Mabalcon, 61, of Turlock. According to Sigsbury, the man was not a patient, and was not visiting family at the hospital.

“We have found no connection at all with the individual,” Sigsbury said.

Despite the potentially dangerous situation, Emanuel nurses immediately attempted to save Mabalcon following the shooting. Though those efforts were ultimately unsuccessful, Sigsbury commended his nursing staff for their selfless efforts.

“For them to put aside any fear, or doubt, or concern just demonstrates how wonderful they are, and demonstrates the patient's welfare is always their primary concern,” Sigsbury said.

Emanuel Medical Center and the Turlock Police Department are still investigating the incident to determine how and why Mabalcon entered the hospital and committed suicide.