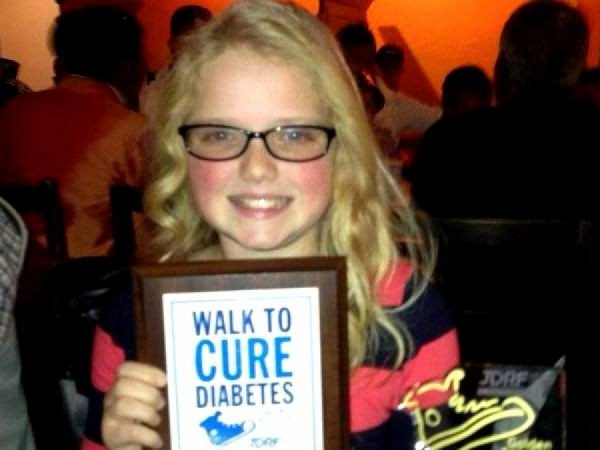 One 11-year-old Turlock girl is making a stand against juvenile diabetes – and raising thousands of dollars to find a cure.

McKenzie Bronken, 11, is one of three million Americans with type 1 diabetes, also known as juvenile diabetes. The autoimmune disease causes one's pancreas to stop producing insulin, the chemical which enables bodies to break down food into energy.

Every day, 80 more U.S. residents are diagnosed with the disease. There is no cure, though type 1 diabetes can be managed.

But rather than simply dealing with the disease, constantly monitoring blood sugar levels and administering insulin when needed, MacKenzie is helping the Juvenile Diabetes Research Foundation find a cure.

The effort started a year ago, when MacKenzie decided to open up a lemonade stand to fundraise for the JDRF. MacKenzie set a $1,000 fundraising goal for her lemonade stand, but thanks to incredible support from the community she raised more than $7,500.

Given the lemonade stand's success, it only makes sense that MacKenzie would try it again this year. But instead, she's looking to bigger and better things.

So this year, MacKenzie will hold a drive-through barbecue fundraiser at Neto's Catering on Sept. 27. For $15, supporters can get a sumptuous meal of tri-tip, chicken, beans, salad, and a roll.

Marketing has been through word-of-mouth so far, plus a few fliers posted in downtown Turlock businesses.

The fundraising effort will culminate at the JDRF's annual Walk to Cure Diabetes in Sacramento. The Oct. 6 two-mile walk starts at the steps of the State Capitol, and raises hundreds of thousands of dollars for diabetes research annually.

“We turn in the money there, and we walk, and we're pretty much there all day,” MacKenzie said.