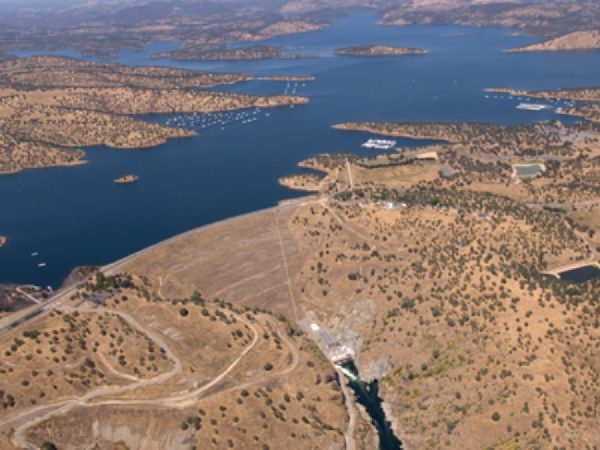 After 42 years, Turlock's Don Pedro Dam and powerhouse are in need of a sweeping set of upgrades.

The seven to eight year project is expected to cost $60 to $80 million to complete. The rough numbers come as TID staff still lack full and complete cost estimates on the work to be done.

“I would love to come to you with an engineer's estimate that is a single number,” said Assistant General Manager of Power Supply, Brian LaFollette. “… On a rehabilitation project, it's very difficult to do that.”

LaFollette will act as the contracting officer for the project, which will look to refurbish the Don Pedro Dam, preparing it for another 40 years of operations. The work will also significantly upgrade Don Pedro's hydroelectric turbines.

In preparation for the work, TID officials assessed all four generator units this year. The generators are all expected to last for another five to seven years, though unit two is “in the worst shape,” LaFollette said.

Repairing the generators will require Lake Don Pedro's water to flow through the dam's diversion tunnel. And the gates in the diversion tunnel, in place for 43 years, have never worked as much as they will need to during the work, necessitating upgrades there as well.

TID is still in the planning stages for the project, but has begun to meet with some turbine and generator vendors. LaFollete speculated that modern improvements could result in 2 to 5 percent more electricity generated from the 206-megawatt plant.

“It would be just that, a speculation at this point,” LaFollette said.

The new efficiency would come from innovations like computer-optimized runners in the turbines; computer optimization was unavailable when Don Pedro was built. And TID may be able to count some of those improvements as a new source of renewable energy under state law, though the law's fine print is tricky to navigate.

Some changes will likely need to be approved by the Federal Energy Regulatory Commission, which licenses Don Pedro's operation. TID is currently in the process of re-licensing Don Pedro, and making this investment into the dam may improve the project's standing in the eyes of FERC, according to TID Assistant General Manager of Consumer Services Steve Boyd.

“We can spend that money as part of that re-licensing and show that commitment, and hopefully get a longer license,” Boyd said.