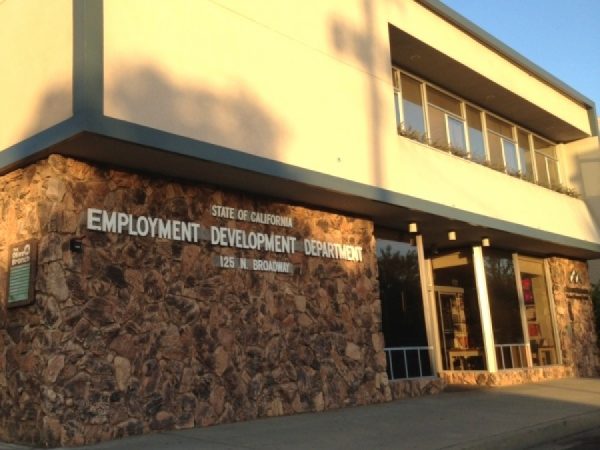 The state has operated an EDD branch in Turlock for 60 years. For the last 35, it has resided at its current 125 N. Broadway location.

But property owner Bill Youngdale said he learned last week that the branch is scheduled to close.

“The real loser is going to be the citizens of Turlock,” Youngdale said. “They're going to have to go for employment services out of town. … I think that's a real shame.”

Youngdale has yet to receive any formal notice of the closure from the EDD or the State. But staff at the branch let slip to Youngdale the closure was imminent, when one employee asked if she could buy the refrigerator once the EDD moved out.

The move will come less than seven years after Youngdale and the state completely remodeled the building to the EDD's exact specifications – at great cost to both – he said.

According to Youngdale, staff said he will receive notice of the branch's closure on Oct. 1. All staff will leave Oct. 15, relocating to Modesto, Manteca or Merced. The building will be empty by the end of October.

“The staff is very disappointed,” Youngdale said. “They don't want to leave.”

Turlock isn't going to let the state shutter Turlock's EDD branch without a fight, City Manager Roy Wasden said. Turlock has been in touch with State Sen. Anthony Cannella (R-Turlock) in hopes of stopping the closure, which appears to have been endorsed by Gov. Jerry Brown (D) and rushed through behind closed doors, without public comment.

“This is a decision through the governor's office, it appears,” Wasden said. “We're certainly alarmed by that.”

According to Maryn Pitt, Assistant to the City Manager for Economic Development and Redevelopment, Cannella's office was unaware of the impending fast-tracked Turlock EDD closure.

Brown previously asked the EDD to cut 15 percent from its budget. The closure of the Turlock office appears to be part of the EDD's plan to do so, Pitt said.

Turlock will “take every action,” to stop the EDD from leaving, Wasden said. Letter writing campaigns, phone calls, and visits to Sacramento are planned.

And Cannella might prove a valuable ally in the fight, Pitt said. Cannella was able to save a Los Banos EDD office, previously scheduled for closure. Kristen Olsen (R-Turlock) will also be asked to fight for Turlock's EDD branch.

Turlock's EDD branch is doubly important, Pitt said, because it houses Turlock's branch of the Alliance Worknet, a Stanislaus County jobs initiative. The EDD provides free office space to the Alliance, which sees another 50 people daily.

“In the event we're unsuccessful in keeping the EDD, we're trying to find a new location for the Alliance Worknet,” Pitt said.