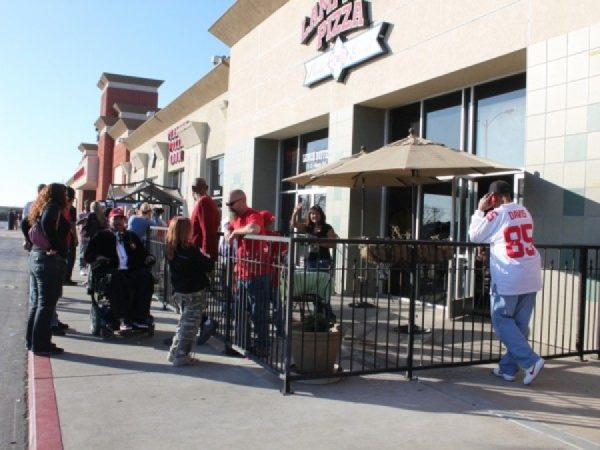 The Turlock Cinema Center has been struck by its second business closure in as many weeks.

Lamppost Pizza owner and franchisee Celia Brophy says the pizzeria employed 8 to 10 part-time employees and was open for nine years.

Brophy says a deal with the neighboring Turlock Poker Room fell through, causing the business to fail. She claims the poker room was supposed to pay rent for the Lamppost space from April to this November as part of a buyout deal that included more than $50,000 worth of rent. The Turlock Poker Room had planned to purchase the space to expand their operations, she said.

“They approached us asking if we would be interested in their space as an attempt to get out of their lease agreement,” Rheinschild said. “Through negotiations, we were not able to come to terms that were acceptable to Turlock Poker Room."

“If you ask my why we went out of business it is because ever since Turlock Poker Room moved in their clientele has scared away our customers. This is a family environment,” she said.

Ironically enough, Lamppost Pizza was the only business at the Turlock Cinema Center that served alcoholic beverages.

Rheinschild indicated that Lamppost Pizza received a significant amount of business from both the poker room and its clientele.

“Since moving to the Turlock Cinema Center in 2009, we have followed a policy of working collaboratively with our neighbor businesses to the betterment of everyone. We have documented on-site sales with Lamppost Pizza well in excess of six-figures, not to mention all the customer traffic our patrons provided outside of the Turlock Poker Room. We are on-track with our plans to expand with the addition of a full-service bar in the suite adjacent to the movie theater. We wish the owners and staff of Lamppost Pizza the best of luck in the future,” he said.

According to sources close to the Turlock Cinema Center, the Starbucks located in the center was slated for closure until the Turlock Poker Room opened. The business brought with it many new Starbucks customers, translating into higher profits for the location.