Disputed Poll Shows Denham Could Be Vulnerable In 2014 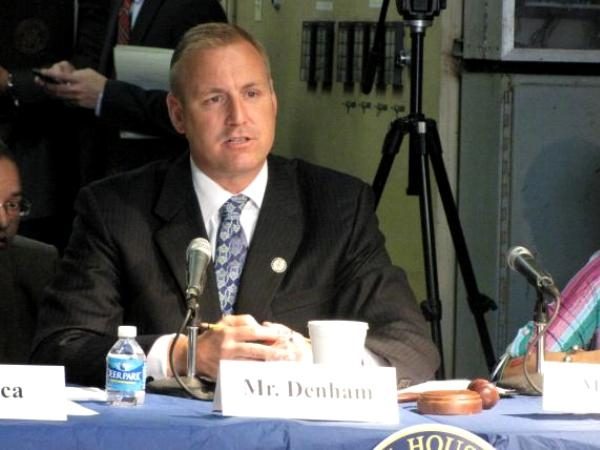 A new poll suggests U.S. Rep. Jeff Denham could have difficulties winning reelection in 2014, but Denham's campaign staff says the poll is unscientific and liberally biased.

In a matchup with an unnamed Democratic competitor, both Denham and the Democrat would pull 44 percent of the vote, the poll shows. But when voters are told that Denham “voted to support shutting down major activities of the federal government as a way to stop the health care law from being put into place,” the tide shifts to show Denham losing to a Democrat, 48 percent to 44 percent.

According to the campaign of Micheal Eggman, a Turlock beekeeper who is the presumptive Democratic nominee in 2014, the polling data indicates voters are “tired of Washington gridlock.”

“Voters are tired of Jeff Denham’s political theater and economically devastating votes for government shutdown,” Eggman said. “I am running for Congress because the Central Valley needs a leader that solves problems and helps create jobs, not one that plays political games with the economy.”

Denham campaign consultant Dave Gilliard says the poll is flawed in many ways, and is not a reliable source of information.

Gilliard noted that the poll was commissioned by MoveOn.org, a liberal special interest group “Funded entirely by people who don't like Jeff Denham.”

The poll did not screen callers for their propensity to vote, and was conducted via push-button, not live callers. That leads to “problematic” results, Gilliard said, as pollsters don't know who actually answered the poll, or if they will be voting in November.

Lastly, Gilliard notes the poll did not test Eggman's chances against Denham.