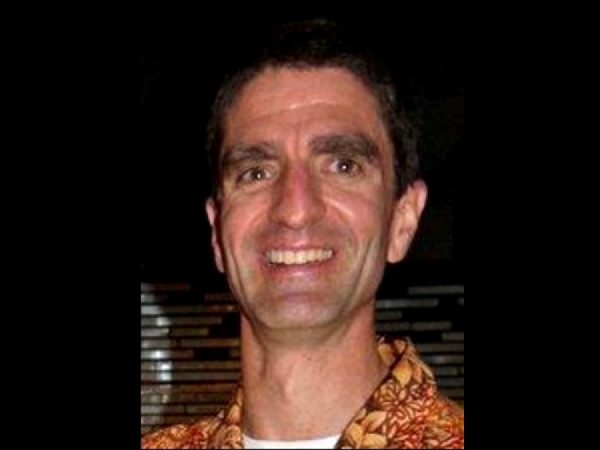 Justin Ferrari, son of long-time Turlock residents and past Turlock Citizens of the Year Jeani and John Ferrari, was slain by a gunman's stray bullet in Seattle on May 24, 2012.

Justin Ferrari's killer, Andrew Patterson, was sentenced to more than 23 years in prison on Friday. The sentence is four years longer than the state recommended.

According to prosecutors Patterson was aiming at another person across a street, who had disrespected Patterson's gang. Justin Ferrari, a 42-year-old software engineer, was caught in the crossfire and the bullet struck his head.

He was driving through a Central Seattle intersection with his parents and two young children when killed, shortly after picking his parents up from the airport for a Memorial Day weekend vacation. Ferrari died in his father's arms, in front of his children age 4 and 7.

Jeani Ferrari confronted Patterson prior to his sentencing on Friday, speaking for nearly nine minutes about the trauma her family has faced and the tragedy that Justin Ferrari's children will grow up without a father who they watched die.

“I miss having a hero in my life,” Jeani Ferrari said, according to Seattle's KOMO News which was present at the sentencing. “Every day we miss our son, the joy. As crippled and torn apart as our family members are, it is for Justin that I weep. Justin was robbed of a life well planned. Justin was the victim and I'll not forget that, ever.”

Patterson apologized for the shooting in court, and said he planned to “change his life,” opening up a youth center to keep kids off the street.

“I take all responsibilities of the actions I done on May 24, 2012,” he said, according to KOMO News. “That day scarred me for my whole life. I have nightmares to this day… I pray to God for forgiveness for what I did. I feel sorry and sad for Justin Ferrari's and my family because it's pain on both sides. When I looked in Justin's wife's eyes and talked to her that day, it was hard for me. I cried for days saying 'why me, God?' I've been in jail for a year and it changed me a lot.”

Patterson was in court for a domestic violence incident nine days before the shooting, at which time he was told to surrender his firearm. His failure to follow that order led, in large part, to the hefty sentence.

“A judge tried to take that gun off the street and and out of your hands nine days before you killed somebody with it,” Judge Michael Haden said, according to KOMO News. “It didn't seem to make any difference to you… all excuses seem to evaporate for me when you can't follow a simple court order for nine days.”

Jeani Ferrari echoed the judge's thoughts, noting Patterson fired his bullet intending to kill a man – even if it wasn't her son.

“I can't help but believe it was your intent to kill,” Jeani Ferrari said, according to KOMO News. “Society should be protected from individuals who would walk down a street and use a gun as a lethal weapon.”
{loadposition banbanlast