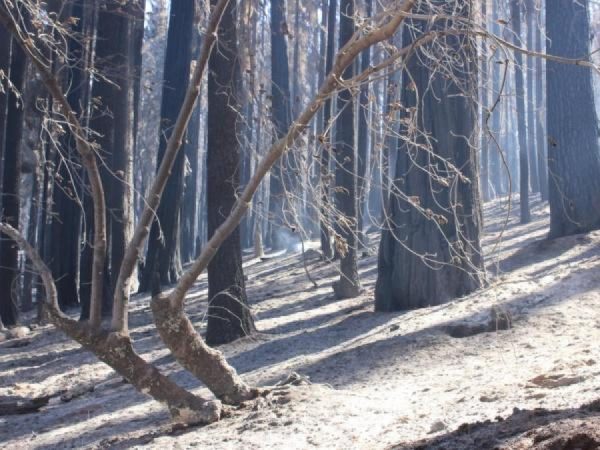 For 22 years, the Turlock Irrigation District has engaged in a cloud seeding program to maximize winter rainfall – and water available to farmers.

But this year, following the devastating Rim Fire which burned roughly 25 percent of the TID watershed, the cloud seeding program has been canceled.

The program saw daredevil pilots fly into the heart of violent winter storms and set off flares which emit a silver iodide ash. The ash bonds to water, creating snowflakes.

The pilots won't take flight this year, though, as adding more water to severely burned ground is just too risky, district staff said.

“TID made that decision based on, I think, prudent practices,” said TID Utility Analyst Jason Carkeet. “There's too much risk already. We don't want to add to the risk.”

As the Rim Fire burned 257,171 acres, it left behind scorched earth and charcoal logs. Those two factors combine to pose problems for the district, as rainfall won't absorb into the ground and will instead carry the logs into Don Pedro Reservoir.

The district is preparing for a surge of floatable debris, even without the additional water from cloud seeding. TID has ordered several hundred feet of log booms, which will be deployed around the Don Pedro inlet with tugboats in advance of major storms.

The booms are expected to capture more than 45 acres of floatable debris. A contractor will likely then be hired to turn the debris into firewood.

TID and the Modesto Irrigation District, which co-own Don Pedro Reservoir, spend about $170,000 on the cloud seeding program in the average year. The cloud seeding is estimated to produce more than 40,000 acre-feet of water annually, enough to fill Turlock Lake.