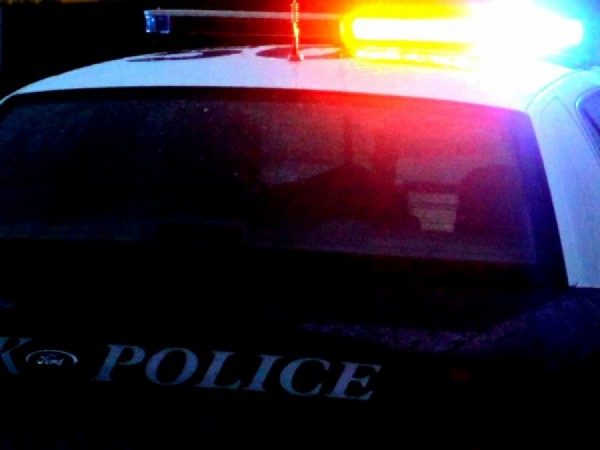 Since Nov. 7 the usual and unusual have been documented in the Turlock Police Department Activity Report.

Last Thursday two separate incidents verified that it is never a good idea to “evade” the police and the long arm of the law. At 3:54 a.m. Thursday Bobby Navarette, 34, was booked after he was found to have an active warrant for evading. Later, at 11:47 a.m., Amado Escobedo, 36, decided it would be prudent to try to escape from police. He was arrested in the 200 block of South Walnut Road for evasion, and he also picked up charges for violation of probation and possession of brass knuckles.

Just before 1 a.m. Friday morning two men were arrested for an alleged home invasion robbery – over a bicycle. Vimal Tamkal, 31, and Gilbert Giron, Jr., 24, allegedly went to the victim’s home at an unknown location and kicked in the door. Once inside they told the victim to remain seated on the couch or they would assault him. The two men then took the victim’s bicycle and fled the scene. Turlock police later found the dastardly duo in the 600 block of Wayside Drive. Both were arrested for home invasion robbery, and thankfully the victim was uninjured during the invasion.

At 5:30 p.m. Monday Tabitha Brewer, 32, was identified by an unknown party at 3000 Hotel Dr. as a person who was allegedly responsible for fraudulent transactions and purchases at businesses in Stanislaus and Fresno counties. She was found with numerous fraudulent credit cards and gift cards, and was arrested on fraud-related charges.

Later Monday, at about 10:30 p.m., Richard Kevin White was pulled over by Turlock police for speeding at South Berkeley Avenue and Rose Street. Upon checking his information TPD learned he had a warrant for a parole violation – and to boot he was allegedly in possession of a controlled prescription medication. He was arrested and booked.

Just after midnight on Tuesday morning Stephen Sanders, 23, was hanging out in Donnelly Park – perhaps feeding the ducks. Unfortunately for Sanders, TPD noticed him, and it was discovered he had an active warrant for parole violation. He was arrested and booked.

John Brazil, 43, was on a bicycle ride at 10:17 p.m. Tuesday near Thor and Main streets. Evidently he must have violated a road rule, because he caught the attention of TPD who contacted him and discovered he was allegedly in possession of methamphetamine.

Wednesday had a slew of arrest for outstanding warrants and drug possession. One man, John Hanwerk, 39, was arrested at 9:47 a.m. for public intoxication, well before “beer-thirty.”

Later on Wednesday evening at 5:41 p.m. Marco Barajas, 48, was arrested and booked for felony domestic battery, felony criminal threats and brandishing a knife in the 700 block of Columbia Street.

Joy Dinwiddie, 29, had an abrupt end to her Wednesday shopping spree at Wal-Mart on Fulkerth Road. Dinwiddie’s shopping habits allegedly include theft, as she was arrested for felony theft with prior convictions at 6:20 p.m.

Wednesday concluded with a public intoxication arrest in the 100 block of Golden State Boulevard when Salvador Flores, 50, was reported to TPD for causing a disturbance. Officers determined he was unable to care for himself and gave him a place to sleep it off.

Thursday was a light day for TPD. Only one arrest was recorded in the log. Melvin Wallace, 59, was arrested for possession of methamphetamine at 2:48 a.m. near Monte Vista Avenue and Golden State Boulevard.