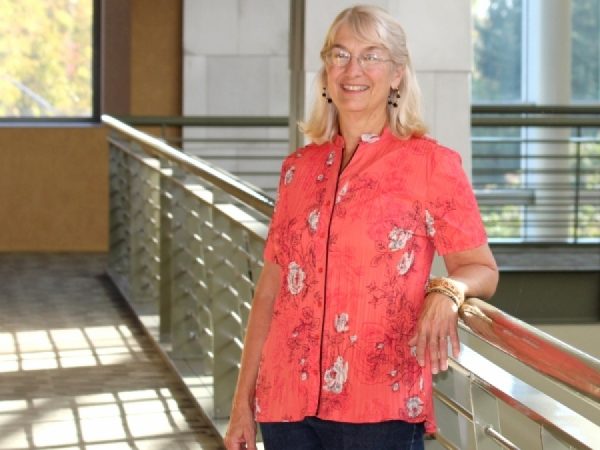 Taniguchi, who taught history at CSU Stanislaus from 1989 to 2010 and now serves as an archivist at the California Institute for Peruvian Studies, a statewide organization whose records are housed at the university’s library, was chosen as one of four finalists in the contest for her as-yet-unpublished manuscript, “Twisted History: Secrets of San Francisco’s 1856 Vigilantes.”

The San Francisco Vigilance Committee of 1856 was the largest of its kind in American history, comprising 6,000 armed men commanded by a group of about 30 elite merchants who called themselves “executives.” The vigilantes operated in opposition to law enforcement and elected officials, using kidnappings and public hangings to purportedly clean up crime and political corruption in the city during a three-month period in 1856, and for a decade as the People’s Party.

“I taught California history all the years I was at CSU Stanislaus and could never determine why such a gripping story was not more memorable,” Taniguchi said. “I hope to change that.”

Earlier historians judged the vigilantes’ efforts favorably, while more recent writers question their true impact. But rather than simply viewing the committee on its own terms, Taniguchi’s book adds layers of complexity to the discussion, introducing issues of land claims and tracing the vigilantes’ political and economic influence well beyond San Francisco and long after 1856.

Taniguchi said she backed into her study, which began with the diary of a handyman who lived in San Francisco during the period of the group’s greatest influence. The diary, which had belonged to a friend’s great-great-grandfather, tells of vigilante soldiers marching through the streets with muskets and of incessant rumors and speculation about the group among outsiders.

Seeking context, Taniguchi dove into a number of historical collections. By chance, she stumbled upon the executive committee’s meeting minutes, which were loaned to two 19th-century historians but had never been published and were believed to be lost. The minutes gave Taniguchi unique insight into the committee’s true objectives and lasting effects.

Taniguchi, who has now spent eight years on the project, hopes to publish an annotated version of the minutes along with her award-winning manuscript.

“The story of these vigilantes is like an immense, intricate jigsaw puzzle with some very big pieces missing,” she said. “The minutes helped me put the final pieces in place, and the picture turned out to be even more interesting than I had imagined.”

Taniguchi has published two books, with one receiving the Best Book Award from the Utah State Historical Society and an Award of Merit from the American Association for State and Local History.