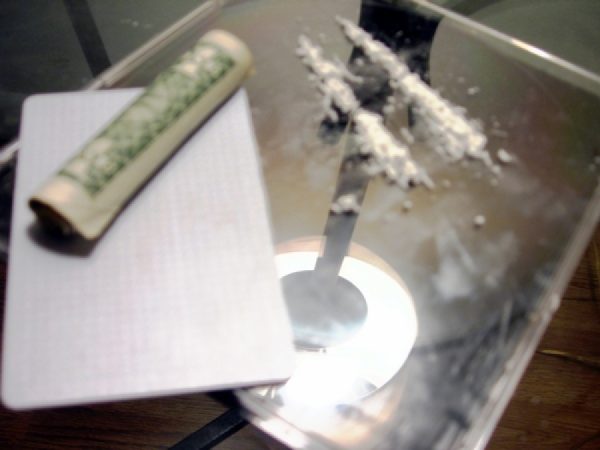 This edition of weekly lowlights begins Friday, Nov. 15, with a contrast between the young and old.

Just 19 years old, Cahauri Williams’ weekend plans were ruined when he was busted at 10:55 a.m. for possession of cocaine in the 2500 block of North Walnut Road. TPD’s next arrestee represented the more experienced side of criminal behavior, when 63-year-old Thomas Rodriguez was arrested for robbery at about 12:30 p.m. in the 3000 block of Countryside Drive.

Friday was evidently a busy day for TPD, as the next arrest occurred less than 90 minutes later in the 400 block of Lander Avenue when Moniqueca Penaloza, 20, was arrested for possession of stolen property after police located her in a vehicle used in a theft from a business in the 2400 block of Geer Road. Evidently she didn’t learn in crime school 101 that it is tragically unwise to roll around in a vehicle that law enforcement was already on the look out for when you have stolen merchandise with you.

Claudia Noriega, 32, ruined her own Friday night plans after she was arrested at 5:36 p.m. for trespassing after refusing to leave a business in the 800 block of Delbon Avenue. She must have really liked their service.

Jaime Jimenez also ruined his Friday night/Saturday morning plans when, just after 12 midnight, he was arrested for public intoxication and resisting arrest in the 100 block of South Broadway.

Just before last call, at 1:43 a.m., 22-year-old Raul Rivera was perhaps on a beer run when he was arrested for driving under the influence, after being in a non-injury collision in the 700 block of North Tully Road.

On Sunday at 11:13 a.m., parolee Travis Arnett, 35, was arrested for possession of a concealed weapon and parole violation after being contacted as a suspicious person.

Later, at just before 7 p.m., Ricky Harris evidently didn’t get the hint and he allegedly let his obsession get carried away when he was arrested for stalking a victim at their place of business for the last several months in the 100 block of South Walnut Road.

Sunday was not fun-day for parolee Stephen Sanders, 23, who was arrested for resisting arrest just after 12 midnight. TPD were looking for Sanders because of his suspected involvement in a battery, and when they contacted him he thought he would take off into the cut. As usual, TPD quickly nabbed the runner when they located him in the backyard of a residence in the 900 block of Geer Road.

Heather Salen, 30, evidently thought it would be cool to flash her piece in a threatening manner at a victim. TPD thought otherwise. Salen and two associates allegedly went to the victim’s residence and, as one of her associates threatened the victim, Salen allegedly pulled out her gat and allegedly waved it in the air like she just didn’t care. Police later found her in the area of Marshall and Berkeley avenues, and she was arrested for a weapons offense at 1:23 p.m.

Later, just before midnight, parolee Scott Johnson, 33, was arrested for allegedly trespassing and violating parole after he was found hanging out at a residence currently under construction. Perhaps Johnson was admiring the architectural plans and fine craftsmanship at the house, located in the 1400 block of Sycamore street.

Perhaps the worst incident of the week was logged Tuesday at 11:10 a.m., when Karina Vargas, 33, allegedly left her 11-year-old girl and 5-year-old son home alone overnight. The incident was reported to Turlock Police after the 11-year-old took her little brother to school because she did not want to leave him home alone. Fortunately both children were taken into protective custody by Child Protective Services. Vargas was arrested for child endangerment.

Nicholas Grancy, 29, was arrested for felony domestic violence, related battery, and violation of a restraining order at 10:07 p.m. Grancy was also wanted for kidnapping, criminal threats and other domestic violence battery charges.

TPD’s next arrest just makes you shake your head. Either 28-year-old Zachary Harrington was at the wrong place at the wrong time, or he never got the message in grade school to not prank call 9-1-1. At 10:47 p.m. police responded to a 9-1-1 hang-up at the 100 block of Starr Avenue. While on-scene Harrington rolled up on his bicycle, perhaps out getting a late night snack. In any event, he was found to have an active felony warrant, and he was arrested for the warrant.

Just 10 minutes later TPD responded to another strange call – this time at the Greenery Nursery at 742 Olive Avenue. Michael Tucker, 26, was allegedly throwing flowers over the fence of the business. Perhaps he had a girlfriend he really wanted to impress with a nice bouquet. TPD found evidence consistent with the reported crime, and the alleged fleeting flower thief was arrested and booked for felony vandalism and petty theft with a prior conviction.

A pair of 28-year-olds, Joshua Haidar and Patrick Gomez didn’t learn during their teenage or young adult years that hanging out in the parking lot of a Travel Lodge at 3:40 a.m. is a sure fire way to attract attention from police. TPD responded to a report of suspicious activity and discovered Haidar had a felony warrant for possession of narcotics. Gomez, who was on probation, was also found to be in possession of narcotics. Both Haidar and Gomez were arrested and booked.