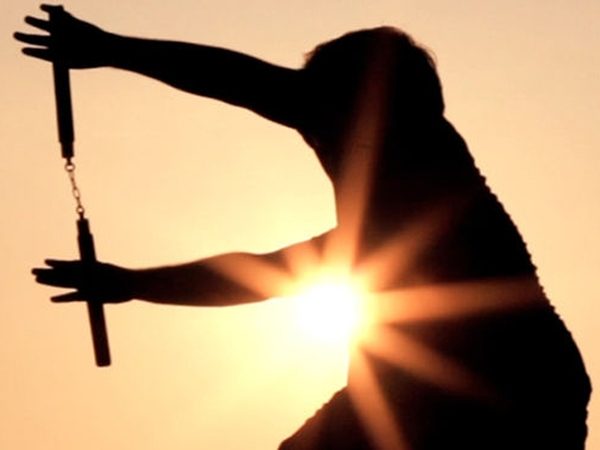 With the holiday season now in full swing, it's time to reflect on those who will likely not be in the best of spirits for this magical time of year. That's probably because they went to jail and will undoubtedly be on Santa’s naughty list.

One couple, Scott Johnson, 33, and Elizabeth Vierra, decided to do their Christmas shopping a little early this year and forgo the Black Friday madness in Turlock. The pair was arrested at 1:30 p.m. Nov. 22 for burglary and possession of stolen property after a vehicle stop, which revealed they were in possession of stolen goods from a burglary that was reported just four hours earlier. When will the criminal element learn? If you are going to steal, don’t drive around with all the stuff you just stole in your car.

But then again, no one has ever claimed criminals were the smartest candy canes in the stocking. Johnson also received a parole violation charge, and Vierra was allegedly in possession of methamphetamine.

On Nov. 24, Victor Ramirez, 21 and Alejandro Aguilar, 18, were both arrested just after 12 midnight for resisting or delaying officers after a vehicle pursuit that ended at Hawkeye and Olive avenues. They were passengers in the vehicle – the driver fled on foot and was not apprehended.

Later, at 2:53 a.m., Sean Rigney, 24, was arrested for burglary after allegedly breaking into a motorhome in the 200 block of North Center Street. As luck would have it, he was also carrying a meth pipe.

At 5:50 p.m. the same day, Codie Osborn, 22, was arrested for possession of nunchucks in the 400 block of Starr Avenue after being contacted as a suspicious person. Perhaps he was going to fight off the ninjas chasing him.

Black Friday was not so rosy for a couple of alleged shoplifters – or shoppers who just couldn’t stand the long lines and decided they would leave and come back later to pay for their “gifts.” Leana Ramirez, 28, was arrested at 5:23 p.m. for shoplifting in the 2700 block of Countryside Drive, and Carol Hardin, 35, was also arrested for shoplifting at 6:50 p.m. in the 2800 block of Countryside Drive.

At 7:16 p.m. Marcos Ortega, 22, was arrested for allegedly being under the influence of narcotics at Main And Thor streets after being reported as a suspicious person. Perhaps the Black Friday crowds were too much for Ortega and he allegedly turned to drugs to calm his nerves.

On Sunday, Joseph Poma, 32, was arrested for two felony warrants in the 1100 block of North Golden State Boulevard.

At 5:51 p.m. Cynthia Gomez, 30 and Robert Nava, 20, were arrested for shoplifting in the 2100 block of Fulkerth Road. Gomez was also charged with false impersonation after giving her cousin’s name, and to boot she was also arrested on a forgery warrant.