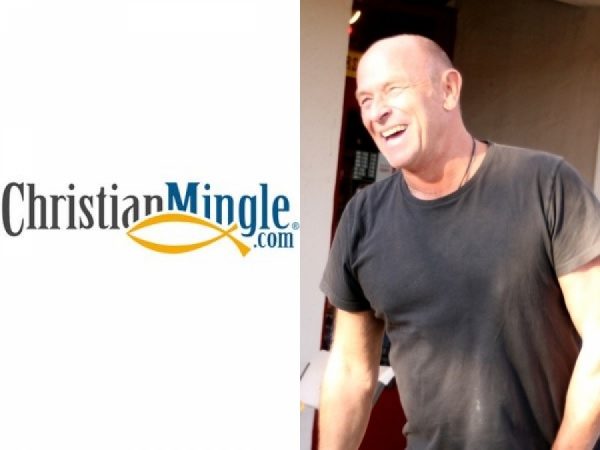 “The title is officially out,” said Turlock Film Commission founder Micheal Everett. “We don't have to hide it any more.”

The film is written and directed by Bernsen, and is being produced by his production company Home Theater Films. But that production comes in partnership with ChristianMingle.com, the dating website which holds the distinction of being the world's largest and fastest-growing Christian community.

The movie “Christian Mingle” tells the story of Gweneth Hayden, played by Lacey Chabert of “Mean Girls” fame. Gweneth, a 30-something marketing executive, believes that the only thing missing from her life is a man – played by Jonathan Patrick Moore (“L.A. Complex”).

“'Christian Mingle' is about a young, modern, single woman. She’s trying to achieve it all – a successful career, amazing friends and finding Mr. Right,” Bernsen said. “She stumbles into the world of online dating looking for an instant ‘soul mate solution,’ but ultimately ends up taking a personal journey transforming her life.”

In the process of that journey, Gweneth finds that her lack of faith – not a man – is keeping her from happiness. She creates a relationship with God, and ultimately finds a “life-changing” love.

“Our goal at Home Theater Films is to inspire and entertain our audience,” Bernsen said. “We want to make great movies that everyone can enjoy and elevate them with contemporary, relatable characters that naturally demonstrate their faith in real-world situations.”

Erin Bethea, who notably portrayed female lead Catherine Holt in the film “Fireproof,” has been named as a new addition to the cast. The cast also includes the previously announced actors Stephen Tobolowsky (“Groundhog Day”) and John O'Hurley (“Seinfeld”).

Though Susie Abroheit (“Battle Los Angeles”), was previously reported to be part of the film, she is not a part of the final cast list.

The film will include music from Capitol Christian Distribution. Capitol will also handle the home entertainment distribution.

A theatrical release of “Christian Mingle” is planned for Spring 2014.