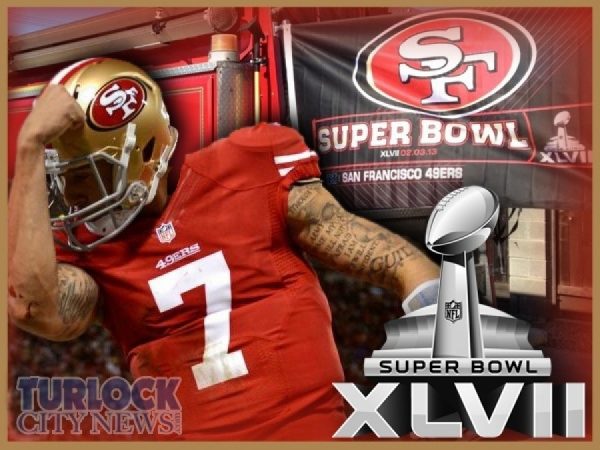 Last year was full of notable local sporting moments, with Turlockers playing major roles in some of the nation's biggest stories.

Call it a true testament to the character of Pitman Pride Head Coach Tom Tyler and his varsity football team.

During a blow-out win over the Golden Valley Cougars, the Cougars' Head Coach Dennis Stubbs approached Tyler as time was running down. There was a “special” player that Stubbs wanted to get in to the game.

Tyler asked his Pride defenders to play the kid hard, but fair. And so they did, allowing a ten-yard run before tackling – but not leveling – the player at the end of the play.

But then Tyler saw the crowd react, and knew the kid deserved another chance.

As time was running out, the special player got a second chance – and rushed in for a touchdown from the 16-yard line. The play drew uproarious cheers and applause from both sidelines.

The Valley’s only major professional franchise was on the verge of moving to Anaheim in 2011, and then to Seattle for much of 2012.

The move seemed imminent when Seattle investor Chris Hansen filed an offer with the NBA to purchase and move the team from then Kings Owners Joe and Gavin Maloof.

After a monumental groundswell of support to keep the Kings in Sacramento by fans and community leaders like Sacramento Mayor Kevin Johnson, on May 15, 2013 the NBA owners voted 22-8 to reject the Kings' relocation to Seattle. The vote effectively ended the Hansen group's efforts to buy the Kings and move them.

In the months and weeks leading up to the NBA owners' vote, in swooped Silicon Valley tech entrepreneur Vivek Ranadive and his ownership group. On May 16 the Maloof family reached an agreement to sell the Sacramento Kings to Ranadive for a record valuation of $535 million. Ranadive promised to keep the Kings in Sacramento and plans are underway to build a new arena in downtown Sacramento.

Few NBA experts or Golden State Warriors fans predicted the team’s outstanding 2012-13 season. The Warriors were the NBA's surprise team, finishing the season with a 47-35 record and a sixth seed in the Western Conference Playoffs.

In the first round they matched up against a conference powerhouse, the Denver Nuggets, who logged a franchise record 57 regular season wins to only 25 loses for the season.

Despite their underdog role, the Warriors dispatched the Nuggets in six games.

Unfortunately the Warriors fell in the next round to the San Antonio Spurs in six games; the Spurs went on to lose in the NBA Finals to the Miami Heat in seven games.

Highlights of the season included Stephen Curry's 272 made three-pointers to set a NBA single-season record, and the naming of forward David Lee to the All-Star team. It was the first time in 16 years a Warrior had been on the all-star roster.

The 10th annual Harvest Bowl was unforgettable, complete with a rocking crowd, controversial late-game calls by refs, back and forth scoring and questionable play calling on both sidelines.

In a tight contest the Pride escaped Joe Debely Stadium with a hard-fought 27-25 victory over the Turlock Bulldogs.

For the Bulldogs, an early decision not to attempt a field goal played into the outcome. After starting from their own one-yard line, a Bulldogs drive stalled at the Pitman 19-yard line with two minutes left in the first quarter. The Bulldogs elected not to kick a field goal on a fourth-and-five and failed to convert, turning the ball over on downs.

After trading the lead a few times the Pride took a 20-18 lead after a five-play, 80-yard touchdown drive with just under nine minutes left, which was set up by a 43 yard scamper by Drew Lewis. Chance Hagar scored the touchdown on a three-yard run, but Turlock blocked the extra-point attempt.

Then came the controversy. With under five minutes left in the game, the Bulldogs drove down the field to the Pride 14-yard line, where quarterback Sean Downs threw a pass to Bubba Moreno near the left sideline. Moreno and a Pitman defender crashed into each other and Moreno went down – but a referee flag went up. Moreno was flagged for leading with the helmet, an extremely rare penalty for an offensive player.

The penalty cost the Bulldogs a first down, and on the very next play Downs dropped back and his pass was tipped into the waiting arms of Pitman senior defensive back Bryce Silva for an interception.

Three plays later Logan Wolfley broke free for an 89-yard TD run on a Statue of Liberty play to give Pitman a 26-18 lead with 1:51 second left in the epic contest. A successful Pitman extra point kick put the game on ice and out of reach for the Bulldogs, 27-18.

Led by senior running backs Lewis and Wolfley, the Pride churned out 374 yards on the ground with their relentless Wing-T offense. Lewis ran for 167 and one touchdown, and Wolfley rushed for 128 yards with a touchdown. Hagar chipped in 53 rushing yards and a touchdown as well.

The win also gave the Pride a playoff berth, but the Pride fell to Franklin of Elk Grove in the first round of the playoffs.

What else could be number one?

Pitman High School Graduate Colin Kaepernick joined the 49ers as a backup quarterback for Alex Smith. But Kaepernick became the team’s full-time starting quarterback in just his second year playing for the team, when Smith was benched after having a concussion.

Kaepernick led the San Francisco 49ers to the Super Bowl with a come-from-behind road victory over the Atlanta Falcons, 28-24 in the NFC Championship game on Jan. 20.

The residents of Turlock caught Kaepernick Fever as Kaepernick and the 49ers headed to Super Bowl XLVII.

Many local businesses in Turlock showed their support for the young star. Main Street Footers released the “Kaepernick Footer” in his honor, Lisa’s Cookie Jar and Old Tyme Pastries released Kaepernick cookies in the shape of a 49ers jersey with his number 7, and even Dust Bowl Brewery added a Kaepernick special to their menu. Woods Furniture also featured “Go 49ers” signs outside their business in support of Kaepernick.

Kaepernick became an inspiration to many young adults and children from the Central Valley with dreams to become a NFL star, and he was a positive role model for those who looked up to him.

Kaepernick was also featured on the cover of the Jan. 21 issue of Sports Illustrated, alongside a headshot of 49ers head coach Jim Harbaugh.

Even with a heartbreaking loss in the Super Bowl to the Baltimore Ravens, Turlockers continue to celebrate Kaepernick’s success and hopefully a return trip to the Super Bowl this season.