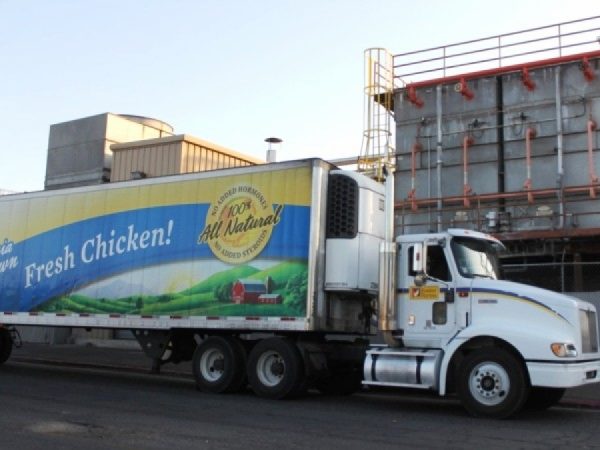 The U.S. Department of Agriculture has shut down Foster Farms’ Livingston chicken processing facility, due to an outbreak of cockroaches.

USDA inspectors observed a cockroach during plant operations this morning, Foster Farms said in a statement. The USDA then notified Foster Farms of the violation, and the facility was immediately closed for sanitization and treatment. The facility was told to get in touch with a service similar to Pest Control Experts (https://www.pestcontrolexperts.com/pest-control/) in order to have it back in a clean and sanitary condition.

“The company completed the treatment today and will review its program with the (USDA) for full approval,” Foster Farms said in a statement.

According to the Oregonian, the notice states that USDA inspectors have cited the plant five since September for roaches. Cockroaches were observed at a sink across from a processing line on Wednesday, and on Tuesday live cockroaches were on a plastic tub that came into contact with chicken.

“Since September of 2013, (USDA inspectors) identified a total of five cockroaches in our 250,000 square-foot Livingston plant,” Foster Farms said in a statement. “The company aggressively addressed each instance to the full satisfaction of the FSIS. A single incident is not acceptable, and we are committed to a zero tolerance policy.”

Cockroaches are known to carry salmonella – a bacteria which can cause a common foodbourne illness. The infection can be life-threatening to those with weak immune systems, but most are affected with diarrhea, abdominal cramps, and fever within eight to 72 hours of consumption.

A 2013 outbreak of salmonella was traced back to chicken processed at three Foster Farms facilities – two in Fresno, and the Livingston facility. As of Dec. 19, the Center for Disease Control traced 416 cases of salmonella infection to the tainted chicken. No deaths have been reported, but 39 percent of those ill were hospitalized.

The USDA threatened to close the Foster Farms plants following the salmonella outbreak, but held off after Foster Farms implemented a new food safety program in October.

Foster Farms chicken was not recalled at the time, as with proper handling the meat remained safe for consumption. Cooking chicken to an internal temperature of 165 degrees will kill salmonella. However, a Costco in South San Francisco recalled more than 23,000 units of rotisserie chicken due to concerns of possible contamination.

Foster Farms also operates a turkey processing facility in Turlock. That facility has been unaffected by the ongoing salmonella outbreak.