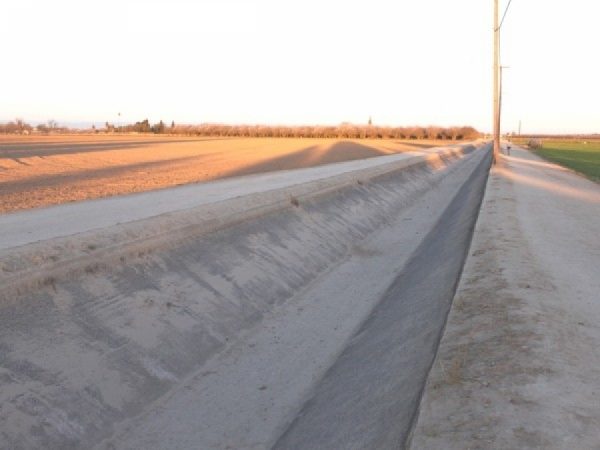 Should rainfall be anything but torrential for the remainder of the year, TID farmers should expect to receive a bare-bones 20 inches of irrigation water this year.

The proposed 20-inch cap on irrigation water would be a soft cap, allowing growers to complete a final irrigation even if they had just an inch or two left in their allotment. In total, TID would have just 22.5 inches of irrigation water to distribute to farmers should the remainder of the year be dry – less than half of the 48 inches per acre available in wet years.

After even that miniscule irrigation season, TID's Don Pedro Reservoir would essentially be emptied.

The dire situation has been caused by three consecutive dry years, which tally to become the driest three-year stretch in TID history.

It has yet to rain in the month of January, historically the rainiest month of the year generating 6.53 inches of precipitation. And forecasts currently project no rain through the end of the month, putting the historical January low of 0.26 inches within reach.

“It looks like we're on track to have a record low for January,” Monier said.

Only 3.16 inches of rain have fallen in the TID watershed this year, compared to the 19.34 inches expected at this point in the year.

TID entered this irrigation season with enough water in Don Pedro Reservoir to provide about 18 inches of irrigation water to every farmer. If next year is dry as well, TID won't have reserves to fall back on.

“There is no carryover storage left in the reservoir,” Monier said.

Even should an average amount of rain fall from this point forward, the amount available for irrigation would likely not increase. Instead, TID would carry over the extra water – roughly 10 inches – in case of continued drought next year.

The planned 20-inch irrigation cap would allow TID to retain only about 95,000 acre-feet of water in Don Pedro Reservoir in a dry scenario, the bare minimum to cover state mandated environmental releases next year. That water would be sent down the river, rather than to farmers, to help endangered fish populations.

“We don't want to get in a position next year where we're not meeting the license requirements,” Monier said. “We're holding this water to make sure we can make those releases.”

The 95,000 acre-feet of water would translate into roughly 4 inches of available irrigation water per TID parcel.

And the picture could yet be worse for farmers. A 10 percent chance exists that less rain could fall than even in TID's worst-case scenario.

“There are scenarios out there where there wouldn't be the 22 inches to deliver,” Monier said.

And users on gardenhead rotations, used to water lawns on ranchettes, will likely only receive water once per month. Historically, those users have received water every two weeks.

Criminals found stealing water will be fined heavily – $1,000 plus a charge for the amount of water stolen – and may have water withheld for all properties they own.

Regardless of all the precautions, growers will likely face that inescapable 20-inch allotment, with full knowledge that next year will be worse if rain doesn't come soon.

“If there isn't any rain, then we are in trouble,” TID Board of Directors President Ron Macedo said. “We certainly understand that.”

Growers in search of more information on the upcoming irrigation season may attend one of two meetings, planned for 7 p.m. Jan. 29 and Jan. 30 in the board room of the TID Main Office, 333 E. Canal Dr. The meeting will discuss the current hydrological conditions, TID plans for the irrigation season, and how the district will keep growers informed in 2014.

A final decision on the 2014 irrigation season will be made on Feb. 25.