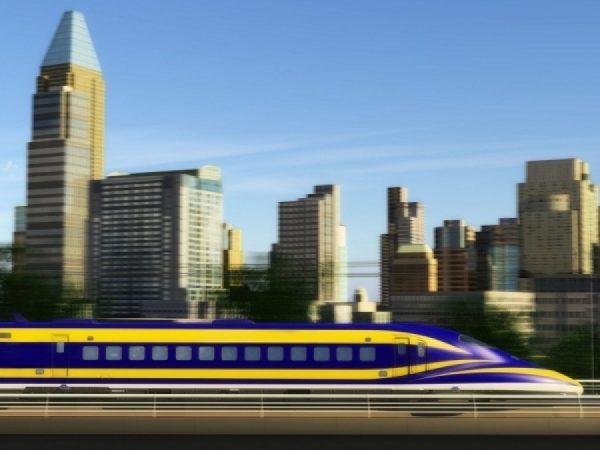 Denham introduced the legislation because he believes the High-Speed Rail Authority has failed to secure the state and private dollars needed to build the project.

Every member of the California Republican delegation supports the congressman’s bill, the Responsible Rail and Deterring Deficiency Act, or H.R. 3893.

Harkening back to the hearing he held Wednesday, Jan. 15, Denham explained his fear that in order to match 50 percent of the funds the federal government has supplied to the project, a requirement of the agreement, the state will begin dipping into some of California’s more essential funds.

“This legislation is about priorities,” said Denham. “It’s about ensuring that federal dollars are being spent wisely and that the failure of the California High-Speed Rail Authority to secure adequate state and private money does not put federal funds at risk for other critical state needs, such as infrastructure, water and education, from the state of California.”

Although the Authority could potentially take money meant for California's water and education funds, these budgets would not be first in line for dipping in by the authority.

Under the agreement for the high-speed rail project between the Federal Railroad Administration (FRA) and the state’s High-Speed Rail Authority, federal spending must be matched by state bonds. But in November, Sacramento County Superior Court judge Michael Kenny declined to approve the sale of more than $8 billion in bonds from Proposition 1A. State treasurer Bill Lockyer has decided he will not sell the bonds when they have not yet been validated.

So far the federal government has committed roughly $3.4 billion to the California project, about a third of the amount set aside for the nation in the president’s 2009 economic stimulus package. Because Kenny denied the Authority’s request to sell roughly $10 billion in Prop 1A bonds, the Authority cannot move forward unless the group revisits the funding plan and revises it.

During the Transportation and Infrastructure subcommittee hearing held Jan. 15, Karen Hedlund, Deputy Administrator of the Federal Railroad Administration, and Alissa Dolan of the Congressional Research Service said that if the Authority defaults on its commitment to provide state funds for the rail project, the federal government has the right to withhold funds from other areas at their discretion.

If the Authority cannot meet the 50 percent match of federal funds required, other federal funds would be withheld from the state. According to Dolan, the FRA reserves their right to require repayment of part or all of the funds given to California for the high-speed rail project.

“That repayment can be done through what’s called an administrative offset,” said Dolan during the hearing Wednesday. “I believe that that would reach, in this order, FRA [Federal Railroad Administration] funds, and then DOT [Department of Transportation] funds, and then in the event that those funds cumulatively are not enough money, funds from the rest of the money that’s owed to California from the federal budget.”

Denham fears that in the event California does not pay its 50 percent match, the federal government would result to holding more essential funds, but this would only potentially come after first withholding all rail funding, highway funds, and aviation funds as Dolan confirmed.

“Water is being shut off in my Central Valley right now. We’re having huge droughts with tens of thousands of jobs that will be lost due to water. That’s another issue that could be held up,” said Denham. “This is not just an endless pot of money, this is not just free money, this is not just let’s take it from Florida and every other state and give it all to California. We have priorities. We’re dealing with budgets. We have to be good stewards of the federal taxpayer’s dollar.”