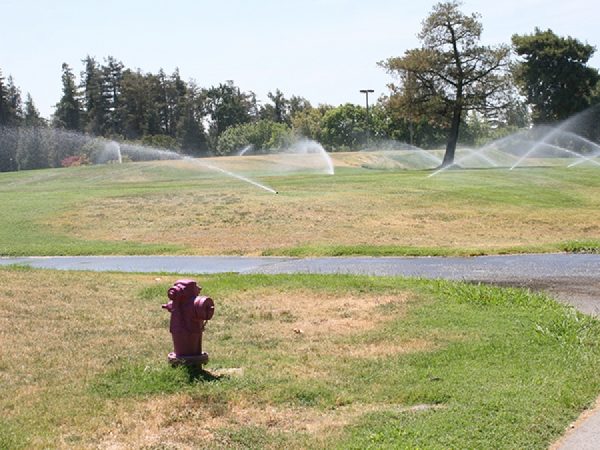 California Gov. Jerry Brown declared a state of emergency due to the ongoing drought this month, challenging Californians to use 20 percent less water.

But Turlockers are already using much less water than in recent years, with total consumption down 17 percent in the past five years alone.

According to Turlock Municipal Services Director Michael Cooke, the city has already exceeded its state-issued water conservation goal for 2020. By way of comparison, Turlock pumped the same amount of water in 2013 as it did in 2000 – despite a huge surge in population.

"Despite an increase of 17,000 residents, we're still pumping the same amount of water, which is quite an achievement," Cooke said.

The average Turlocker used about 277 gallons of water per day in 2013, down from 378 gallons per person per day in 2002. Factor out industrial usage, and the number falls closer to 200 gallons used by the average citizen in a day.

To meet Brown's challenge, however, and cut another 20 percent of water usage, Cooke said Turlockers would need to water about three times less per month in the summer. Another solution could see Turlockers adjust sprinklers to eliminate all runoff.

"I urge everybody to do their part," Cooke said.

Turlock already employs many water conservation measures. Turlockers may only water their lawns on certain days, with fines awaiting those who break the law; between 600 and 1,000 people were fined last year. Rebates are available for high-efficiency toilets and washing machines. Water is recycled and reused in parks. And the City of Turlock will even send out staff to help set up sprinkler timers.

Though Turlock does expect a decline in the groundwater table this summer, a number of new, deep wells drilled since the 1980s have – hopefully – prepared the city for the upcoming dry summer.

"We know the aquifer is going to drop, but we think we should be in good shape," Cooke said.