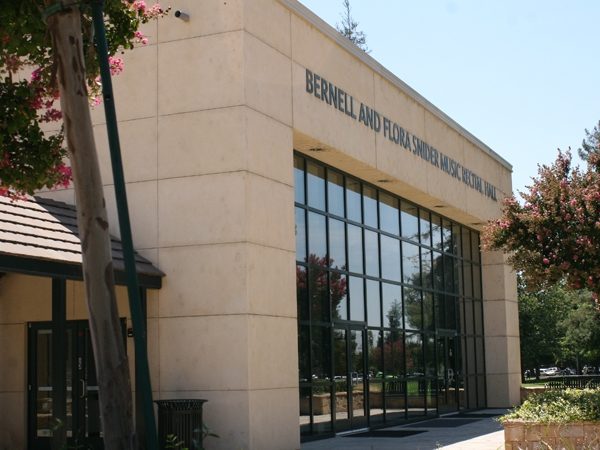 The ensemble meets in the CSU Stanislaus Department of Music Room 22 on Monday nights at 7 p.m. to practice for their annual concert.

“Players need to have had previous experience playing a wind or percussion instrument, as it is not a beginning band,” said John Weddle, conductor. “We play concert band literature of the high school and college levels and perform once each semester at CSU Stanislaus.”

The CSU Stanislaus Symphony Band is a community concert band, and welcomes woodwind, brass and percussion players who are looking to play with an ensemble.

“It’s technically larger than a wind ensemble,” said Dan Olivas, a local musician, describing the experience. “Sometimes parts are doubled, as opposed to – in a wind ensemble – which there’s usually one to a part.”

Olivas plays tuba in the CSU Stanislaus Symphony Band, and has a plethora of experience with musical theatre, pit orchestras, chamber orchestras, big band, and others. Professionally, Olivas also plays euphonium, trombone, bass trombone, and sings. In fact, Olivas sang at the World Series in 2012.

Olivas listed a number of pieces that the Symphony Band typically plays, such as marches, transcriptions of orchestral pieces or original works that span from the turn of the last century to contemporary pieces.

“It’s a great way to brush off the rust from your musical chops,” said Olivas. “It’s a really laid-back atmosphere, and Dr. Weddle is very approachable and even-tempered.”