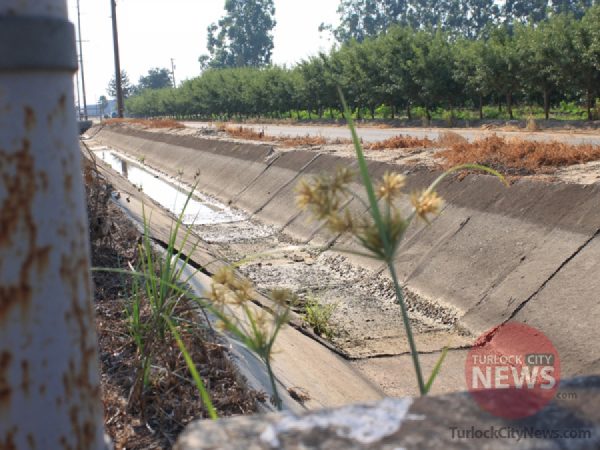 The Turlock Irrigation District Board of Directors approved what will be the driest irrigation season in the district’s 126-year history Tuesday morning.

The cap will be a “soft cap,” allowing growers to use as many as 4 acre-inches more than the cap to finish their last irrigation. TID expects that each grower will use an average of 22.6 inches – a usage level that will effectively empty the district’s Don Pedro Reservoir.

TID Director Micheal Frantz expressed concerns about the “equity and fairness” of the soft cap, noting he preferred a hard cap to better conserve the scarce water available.

“This is an unusual year,” Frantz said. “When the lake hits X elevation … the water has to be turned off.”

But enforcing a “hard cap” of 22.6 inches would be essentially impossible, given TID’s canal system. Without a fully computerized system i, its difficult to supply exact amounts of water.

“The fact is, we don't have the staff to enforce a hard cap,” Fernandes said “That's probably the biggest single reason we didn't go forward with that.”

Instead, to encourage conservation, water above the soft cap will likely be charged at a higher rate. That rate was not approved as part of Tuesday’s decision, and may require further public notice to enact.

The irrigation season, as approved, will run from March 27 through Oct. 8, with the grower call center scheduled to open March 26. The season’s length may be adjusted, though, as conditions demand.

The short, dry irrigation season follow a drought declaration and the driest three-year period in TID history. This current water year is on track to be the driest single year in history, surpassing even the notoriously dry year of 1977.

As of Tuesday, just 9.07 inches of precipitation had fallen for the year – 36.8 percent of average. Making matters worse, snowpack levels are at just 29.4 percent of average for the date, on par with 1977 readings.

Roughly 3 inches of rain is expected to fall in the TID watershed over the next two weeks. But even with that rain, the district will need some help – roughly 3.7 inches of further precipitation – even to reach 1977 levels.

The impacts of last summer’s Rim Fire, which burned 25 percent of the TID watershed, remain uncertain. It could worsen runoff or improve it.

After supplying water for irrigation season and holding back a bare minimum within Don Pedro to meet state regulatory requirements, helping fish populations and some recreational activities, the reservoir would be essentially empty. That’s despite plans to pump 60,000 acre-feet of groundwater to supplement the minimal surface water available for irrigation.

The district would carry over just 41,000 acre-feet of water in Don Pedro Reservoir – enough to give each parcel only 2 inches of water per acre next year, should another dry year occur. The minimal carryover is unprecedented, but unavoidable, Fernandes said.

“By keeping 6 inches of water, it would make the amount (of irrigation water) available this year too low for anybody, really, to survive,” Fernandes said. “At the same time, everyone needs to realize this is the first time we've really done this.”

The district will attempt to optimize its usage of available water, reducing releases from Don Pedro Reservoir, minimizing spills, and increasing wait times to ensure efficient delivery of water. Farmers will likely wait an additional 24 hours for water, while gardenhead rotations, which water lawns and pastures, will get water just once per month rather than every other week.

In an effort to make things slightly easier for growers, the district will relax its policy to allow the transfer of water from newly rented parcels which previously received TID water; in the past renters had to grow on that property for one year before they could transfer the water allotment to a separate parcel they owned.

It’s not just growers who are being affected by the dry year. On Thursday, a special meeting will be held for houseboat owners at Don Pedro Reservoir, as the boats must be moved to accommodate the historically low lake levels.

“We recognize it will be a tough year for everyone,” Her said.