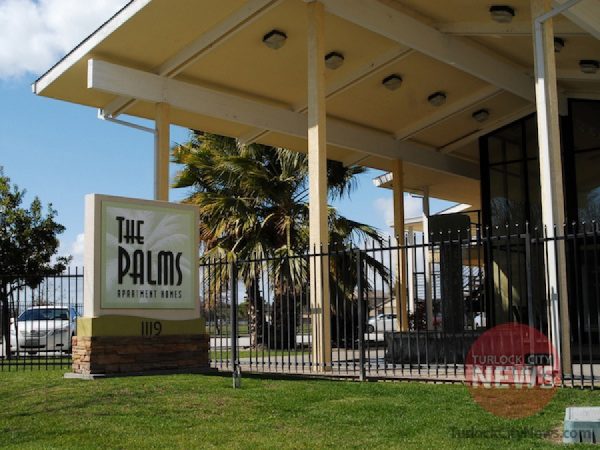 On Wednesday morning hundreds of residents at The Palms Apartments, located on Pedras Avenue in Turlock, woke up without water service – and it wasn’t the first time.

The first incident occurred about a year ago, when residents went without water for roughly 24 hours after a Palms corporate account manager forgot to pay the water bill. Residents at The Palms pay a flat rate for water each month, and the City of Turlock water bill is then paid by The Palms.

The Palms Manager Kate Johnson says that the account manager responsible for that error was terminated shortly after the first incident.

On Wednesday however, Johnson says the water was shut off by the City of Turlock Municipal Services Department because the payment was somehow lost in the mail or misplaced by the city.

“It was mailed and paid, we had the paperwork to prove we mailed the payment. I make sure I practice due diligence,” said Johnson.

Johnson says she quickly went to the City of Turlock and provided paperwork to prove the monthly payment had been mailed on time. As a result, the water was turned back on within two hours of being shut off.

Turlock City Manager Roy Wasden said he cannot comment on the account status of a particular customer. However, Wasden explained the lengthy process which precedes the termination of water service.

For example, if water service begins on Feb. 1 then a customer would receive service through the month. A bill would then arrive on March 10 for that February water service, with payment due by the end of March. If that bill is not paid by the last day in March it would then be considered past due on April 1. On April 6 the city would send a notice that the account is past due. If the customer fails to pay or communicate with the City of Turlock, water service would be terminated on the last Wednesday in April.

“We have 19,000 user accounts now and the vast, vast majority are paid on time,” Wasden said. “Of the ones that are past due, 90 percent of them have communicated with the city and we have worked with them. Sometimes people are going through financial hardships so we find a way to keep the water on. But for that very small percentage it gets to the point where they don’t communicate after five notices and we shut off their water.”

Johnson says she believes Wednesday’s water outage was due to a misplacement of funds on the City of Turlock’s end.

“It wasn’t an issue on our end,” she said. “When I went to the city the clerk was very apologetic and we discussed the check number. By the time I got back to the apartments the water was turned back on. When our account manager didn’t pay the bill last time, the city was in no hurry to turn the water back on.”