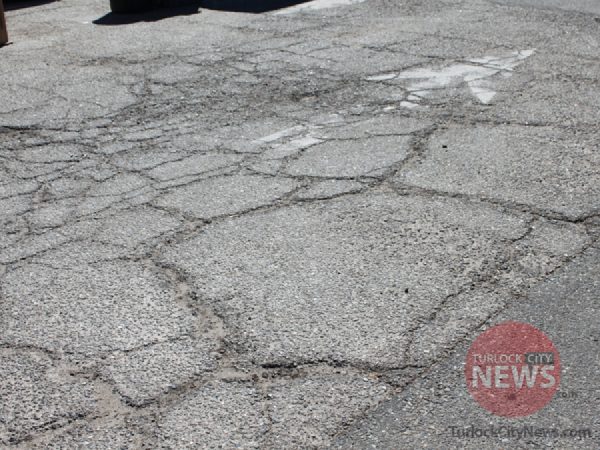 A proposed countywide road tax will not be on this November’s ballot, after polling found the measure unlikely to succeed.

The Stanislaus County Council of Governments, the region’s transportation planning board, had been considering placing a half-cent sales tax on the November ballot. Proceeds from the sales tax would be dedicated to road repairs, three new cross-county expressways, and public transportation.

The StanCOG Policy Board voted to abandon the plan on Wednesday, due to the lack of public support noted in the poll, performed by EMC Research. EMC contacted 601 likely voters to generate a poll with a margin of error of plus or minus 4 percent.

A simple majority of voters would vote for the tax, the poll found. But less than the needed two-thirds of voters would support the proposed tax, making passage unlikely.

“It’s definitely going to be a challenge if you go forward this year,” said Ruth Bernstein, Principal of EMC Research. “Not a lot of change, basically, since losing in 2008.”

Just 61 percent of likely November voters said they would vote yes on the tax. That number rises slightly to 64 percent when considering those likely to vote in November 2016, but remains shy of the two-thirds threshold needed to approve a new tax.

Polling actually came back worse, in many cases, than in 2008, when Stanislaus County voters last turned down a road tax.

“We were never able to convince those soft voters to come over and vote yes,” Bernstein said.

That same problem shone through in the recent poll. Even after pollsters explained the tax’s benefits, the percentage of voters in favor remained constant.

Those polled also considered other issues more pressing than roads, namely jobs, crime, and schools. And trust was an issue.

The results of the poll didn’t surprise StanCOG audience member John Walker. The region is just barely emerging from recession, he said, and needs more time to consider a tax increase.

Those polled also took issue with some of the proposed tax’s priorities.

Just 47 percent of revenues would go to cities, to spend as they wish on road repairs and maintenance. A further 6 percent would go toward bike, pedestrian, administration, and regional rail projects; the majority of that money would fund a proposed expansion of the Altamont Commuter Express rail service to Modesto and Turlock

The rest of revenues, 47 percent, would be devoted to building or expanding three major countywide corridors: the North County Corridor, from McHenry Avenue in Modesto to Oakdale; State Route 132, from Modesto to the San Joaquin County line; and, a South County Corridor, W. Main Street from Turlock to Patterson.

Those major corridors had mixed support, as did the ACE train expansion. If all revenues were devoted to filling potholes and fixing roads, the measure may have received more support in the poll.

Given the poll’s results, the StanCOG board agreed to table the tax measure, for now.

“I think that we will have to make some potential adjustments going forward,” said Stanislaus County Supervisor Vito Chiesa, who represents Turlock. “… The time is not right.”

But Chiesa called on StanCOG members to commit to placing the tax on the 2016 ballot. With a revised vision for the tax, two years of public outreach and a further economic recovery, the time could soon be right for approval, he said.

Modesto City Councilmember Jenny Kenoyer, the only StanCOG Policy Board Member to abstain from an otherwise-unanimous vote to abandon placing the tax on the November ballot, said the measure can’t wait two years. The polling came out better than she expected, given the economy, and she believed it was worth taking a chance on the measure.

“We keep kicking this can down the road,” Kenoyer said. “We keep saying we need it, but we’ll do it in two years.”

Turlockers, however, would have passed the road tax; 68 percent of Turlockers polled were in favor of the measure. The countywide approval rates were dragged down by the east county, primarily residents of Oakdale, Riverbank, Hughson and Waterford.

Those statistics, and a need to do something sooner rather than later, led Lazar to voice support for a Turlock-specific road tax. He called upon council to place a road tax on the ballot in November.

"We cannot wait any longer,” Lazar said. “Our roads and streets in this town are in disrepair."