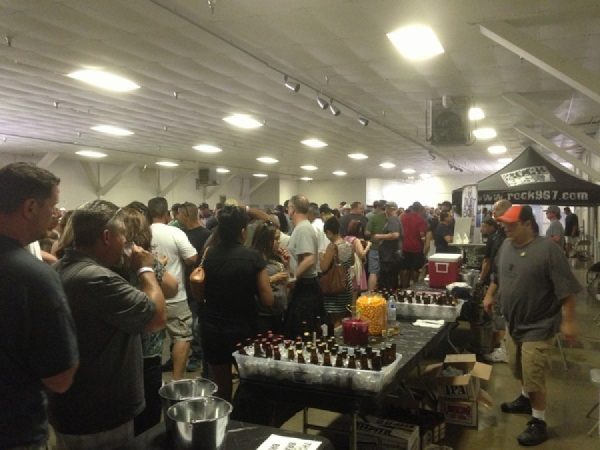 For the second consecutive year, Turlock will play host to one of the state’s top celebrations of craft beer.

The Central Valley Brewfest will be bigger and better than ever when it returns from 1 to 5 p.m. May 10 at the Stanislaus County Fairgrounds.

The Brewfest’s success is just another sign that Turlock is at the forefront of the craft beer revolution. The city’s Dust Bowl Brewing Co. has earned worldwide recognition for its top-quality brews.

Dust Bowl will partner with local radio station Rock 96.7 FM to produce a special brew for the Brewfest, named “Shame and Desperation.” The imperial stout will use local flavors such as coffee blended by Turlock Coffee, which is owned by Turlocker Yates McCallum.

Dust Bowl isn’t the only Turlock brewery to be represented at the Brewfest; Sandude Brewing Co. will take part, too. And other Central Valley powerhouse brewers like Tioga-Sequoia Brewing Co., of Fresno, will be represented as well.

In total, 35 different breweries and cideries from across California and as far away as Delaware will participate in this year’s Brewfest, nearly double the count from a year ago. Attendees will enjoy unlimited sampling of more than 100 different beers, many of them award-winning brews.

There’s a bit more than beer at the Brewfest. The event will also include non-stop music, creating a party atmosphere, and a display of artwork from the Peer Recovery Art Project of Modesto.

“Our community is so rich with talent and I wanted to create a venue that recognized it,” Camp said. “Focusing on the finest hops and artists in the area is a natural fit the community can enjoy supporting.”

Tickets are $30 in advance or $35 at the door, including a souvenir tasting mug. Discounted $20 tickets are available for designated drivers. All guests must be 21 years of age. Parking is free.

To purchase tickets online, or for more information about the Central Valley Brewfest, visit www.cvbrewfest.com.