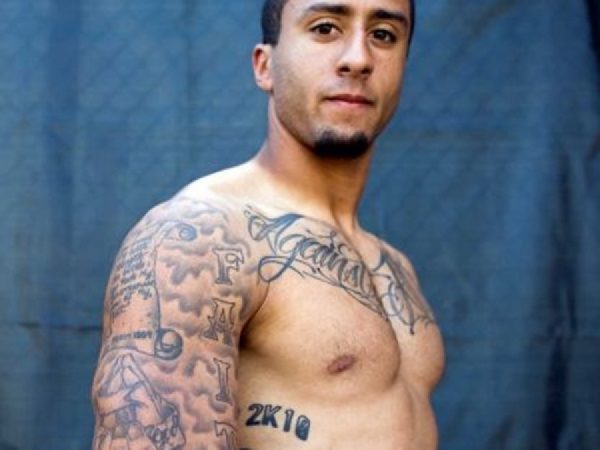 No players have been arrested and no charges have been filed in the investigation.

In an incident report filed by the Miami Police Department on April 4, an unnamed woman said she went to visit the Miami apartment of Lockette. She said Kaepernick and Patton were also there.

She said that “she mixed some drinks for all of them and gave them shots,” and the players told her that she could not drink the shots unless she “‘hit’ the bong which contained marijuana.”

They all watched a basketball game before the woman began to feel lightheaded and left to lie down. While lying down, the report says that Kaepernick began to kiss her, and while the two were kissing he began undressing her.

She said in the report that she got completely naked, but did not have sex with Kaepernick.

Kaepernick left the room saying he would be back. At this time, Patton and Lockette “peeked” inside the room, and she told them to “get out!” and asked “Where is Colin?” per the police report.

Patton and Lockette left and the woman does not remember anything after that, she told police. She woke up in a Miami hospital, and could not remember how she got there or who transported her there.

The woman also said in the report that her and Kaepernick had a “sexual relationship” in the past.

The 49ers released a statement concerning the incident on Thursday.

“The 49ers organization is aware of the recent media report regarding Colin Kaepernick and is in the process of gathering the pertinent facts,” said 49ers General Manager Trent Baalke.

Kaepernick has been working out in Miami during the offseason and was recently joined by Patton.