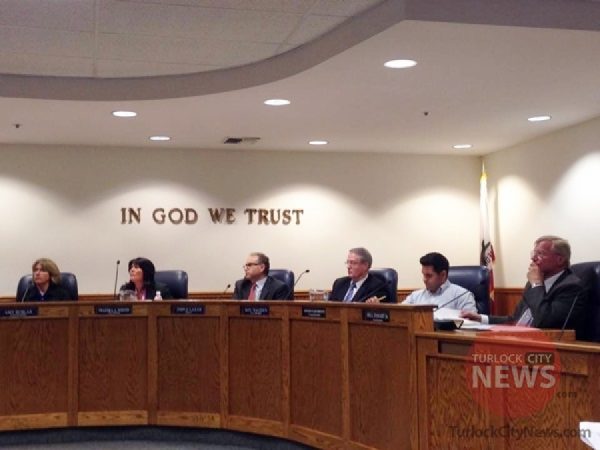 After months of research, the Turlock City Council backed away from a campaign finance reform measure Tuesday night.

But members of council did so for different reasons: some found the measure so weak as to be toothless, while others still considered its provisions “onerous,” and said they felt as though their integrity was being questioned.

In a compromise, the council endorsed a bare bones transparency measure: all campaign finance reporting forms will now be posted on the City of Turlock website. That, at least, allows the public to verify for themselves who is taking money from whom, Turlock City Councilmember Steven Nascimento said.

"The public can hold us accountable if we're not willing to place limits on ourselves," Nascimento said.

The ordinance discussed Tuesday was significantly different – and significantly weaker – than one initially proposed by Nascimento on Feb. 11.

At that time, the ordinance, would have required councilmembers to step down from voting on any agenda item affecting any person or entity who contributed $2,000 in the past three years. Violators would have faced $500 fines and potential criminal penalties.

Such ordinances are commonly known as “tin cup” ordinances, a backronym for “Time is now, clean up politics.”

But speakers representing several major campaign backers, including the owner of Pet Extreme Matt Swanson, the Turlock firefighters’ union, and the Realtors’ association, argued against that measure. They said corruption would just be driven underground, and that any restrictions on campaign donations would be restricting free speech.

Nascimento, at the time, said it was good that those major campaign donors had issues with the ordinance.

“They should have concerns,” Nascimento said. “This will have impacts on the way they do business.”

However, councilmembers Amy Bublak and Bill DeHart objected to the ordinance, arguing it had been rushed through and needed to be reviewed. Both also had concerns that their “morals and ethics were in question,” as Bublak said.

However, a split vote of the city council sent the measure back to the drawing board, with Nascimento and Bublak meeting to draft a new ordinance.

Compromise Pleases No One

The two came back with a compromise that seemed to make no one happy.

The new ordinance would have simply required councilmembers to submit a form to the city clerk reporting any donation of $100 or more, should the council have pending business with the donor. The measure would have only brought to light any last-minute donations prior to council meetings; elected officials already must report all donations quarterly under current law.

No caps on donations or requirements to reveal donors to public audiences remained in the gutted ordinance.

The removal of a cap irked Councilmember Forrest White. He said the ordinance, as presented Tuesday, would simply add bureaucracy with little positive impact.

“This was designed to be a tin cup ordinance,” White said. “And to be quite frank it's become a tin sieve.”

And Councilman Bill DeHart still had issues with the ordinance, which he viewed as an attack on the integrity of city councilmembers. He pointed to the pre-existing, state-mandated campaign financing reporting laws, which he believes do an adequate job of informing the public.

“This isn't the solution,” Nascimento said. “It's a first step. But I think it's a good first step, and I look forward to continuing this conversation at a future date.”

Mayoral candidate Gary Soiseth, who previously announced plans to follow self-imposed campaign finance restrictions during the upcoming election, was unfazed by the decision. Soiseth said he will “lead by example,” accepting only $1,500 from individuals and $3,000 from farms and businesses.

“I didn't need a city ordinance to require my campaign to be transparent,” Soiseth said. “… It is my belief that this campaign's message will continue to resonate with a wide range of folks from diverse political, economic, and social backgrounds.”