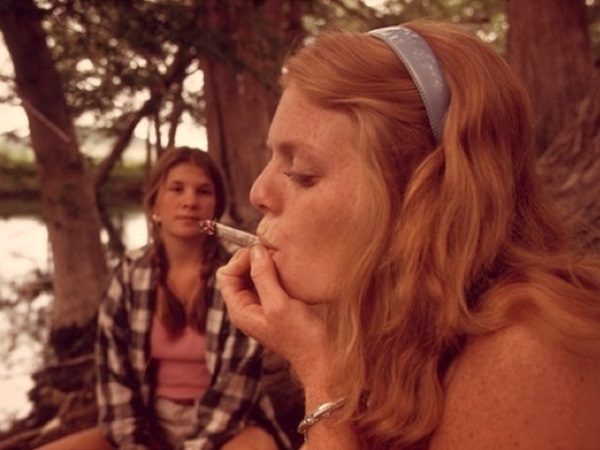 Combing through the police log this week, I couldn’t help but notice a disproportionate number of female arrestees. Nearly half of those arrested between April 10 and April 17 were women.

Typically, the log is filled with male names, perhaps with a few females sprinkled in here and there. But I guess recently there were a lot of good girls gone bad. Well… I’m assuming they were good in the first place.

With Mother’s Day just around the corner (May 11), I just hope most of them aren’t mothers whose children now have to face the reality that their mommy is in jail.

As we all know, in many cases those children become wards of the state and the rest of us end up having to pay for them because mommy couldn’t get her mind right and not end up in jail. As a father of three and husband to a loving and responsible mother, I have no sympathy for mothers who put their deviant, selfish needs before their children.

Anyway, at 6:16 p.m. on April 16, Tina Martinez, 43, and Marina Piona, 48, thought they were clever and allegedly jacked items from Walmart. They later returned the items using a receipt they had “found.” (Because most people look to find receipts lying on the ground.) Hmmm, I wonder if they “found” the receipt and then stole merchandise similar to the items on the receipt in a brilliant plan to later return them for cash in their pockets? Of course, I’m sure that money would be used to feed their hungry children waiting for them at home, cold and alone.

They were both arrested for alleged burglary, and strangely enough Piona happened to have a no bail warrant out of San Benito County. Weird.

Earlier that day, at noon, police conducted a probation search on Michelle Lester, 45, at the Shasta Motel. Officers located methamphetamine and she was arrested and booked for possession and an active warrant.

On April 17, Jacqueline Vazquez, 20, was reportedly smoking the ganja in Columbia Park with a friend at just before 1 p.m. Not entirely unusual for a 20 year old girl to smoke some weed in the park with a friend (well, usually that occurs under the cover of darkness). But, unfortunately she allegedly happened to be in possession of cocaine and xanax. She was arrested and booked. The lesson to be learned here is that if you’re allegedly dumb enough to roll up a fatty and toke it up in the park with a friend, a) don’t do so in the middle of the day, and, b) don’t also have cocaine and xanax with you.

Ironically enough, later that day at 7:06 p.m. in Kohl’s another 20-year-old female, Claire Flatley, was busted for illegal drugs. She was arrested and booked for possession of methamphetamine, violation of probation and theft.

Our first male alleged offender is Dirk Weeda, 22. Weeda was arrested on possession for sale in a hotel room in the 100 block of North Tully Road. Weeda wasn’t in possession of weed, but heroin. Officers discovered paraphernalia that indicated Weeda intended to sell his heroin.

Later that day in the 300 Block of South Orange, Delia Brasfield, 40, was arrested and booked for battery at 6:32 p.m.