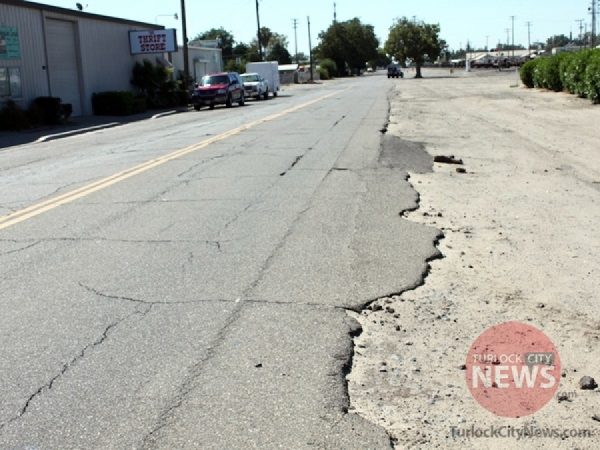 By a 4-1 vote, the Turlock City Council directed staff to begin work on a new road tax, expected to come before voters on the November ballot. The measure is still in development, and is expected to return for a second, more binding vote at the next meeting of council.

If approved by two-thirds of voters, the half-cent sales tax would be devoted entirely to road repair and maintenance.

It would raise roughly $5 million annually, enough to maintain Turlock’s streets at their current levels but make no improvements; improving the city’s streets to a “good” level would take $11.4 million annually. However, the gap may be bridged in part by state and federal road grants which are currently unavailable to Turlock as the city does not tax itself for roads.

The tax would likely be in place for seven years, and would be automatically repealed if a countywide road tax were passed. An independent oversight committee would oversee the tax, which would be governed by an expenditure plan and undergo regular audits.

Such a measure has been in discussion for years. But the Turlock City Council backed away from the tax about six months ago, when the Stanislaus County Council of Governments began talking about a countywide road tax.

StanCOG backed away from its countywide measure last month, after polling suggested a road tax was unlikely to pass countywide. However, that same polling showed 68 percent of Turlockers would vote for a road tax, indicating it’s time to move forward with a local measure, councilmembers said.

“If we’re going to be a quality city, you’ve got to have something better than below average roads,” said Turlock City Councilman Forrest White. “… Within five years, we won’t even be below average. We’ll be in a pretty disreputable state.”

She said that a road-specific measure doesn’t reflect the will of the people, based on a series of workshops held in 2013. During those workshops, constituents voiced concerns about a range of issues from public safety to water.

“That’s not what the people were saying when we went to these forums,” Bublak said. “Everyone was talking about different things.”

Bublak said she would prefer a more comprehensive measure, dealing with all of the public’s concerns at once rather than continually raising taxes, bit-by-bit.

White argued that it was better to take measures piecemeal, as the public demanded them. Given the polling results, he said it is best to move forward with the road tax first.

“If we actually produce better roads, they’re going to like it,” White said. “Then, if we need something later for public safety, I think the community will support it.”

Turlock City Councilmember Bill DeHart supported giving the public a say on the proposed tax. But he also said Turlock should begin to put money away for road maintenance, dedicating perhaps $100,000 per year.

However, there’s little money to put away, Turlock City Councilmember Steven Nascimento said. Roughly 87 percent of the General Fund budget, the money the city can spend as it chooses, is devoted to public safety spending.

“There is really no room in our General Fund budget for us to put anything toward roads, at least without laying off police and firefighters and other administrative staff,” Nascimento said, noting the city would have to lay off five police officers to pave one mile of road.

Ultimately, the four-member majority of council decided that the people of Turlock deserved to vote on the tax this November.

"I think we owe it to them to give them an opportunity to decide for themselves, and to put it on the ballot so they can do that," Nascimento said.

“Is that worth it to you, to have roads you can be proud of as a community?” Nascimento asked.