TID Board Moves Forward with Trial of Evening Meetings 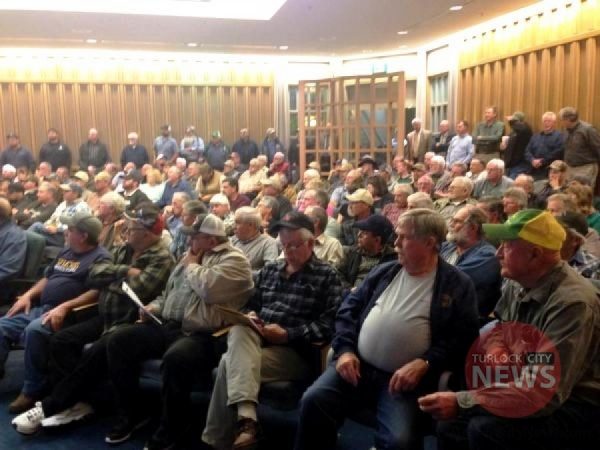 The Turlock Irrigation Board of Directors unanimously passed a resolution at Tuesday’s TID Board meeting authorizing the General Manager to call a minimum of three evening meetings over the next 12 months.

The TID Board of Directors currently meet at 9 a.m. every Tuesday, when many people are working and unable to attend the meetings. Those meetings are neither broadcast nor recorded, making them inaccessible to many.

A move to consider nighttime meetings began when Director Rob Santos suggested the board hold one evening meeting per month, to allow for working persons to attend the meetings.

"I stand by having one evening meeting per month," Santos previously said. "I know there's a lot of push back from staff… I just think that, in this day and age, people are up late."

Tuesday’s resolution came from Director Joe Alamo, who believed the minimum of three meetings was a good start, as there is no cap on the trial. Alamo believed that three trial meetings would provide more realistic results than holding one night meeting that may have a very large, but unrealistic impact.

“We should give it a shot, and see how it works out,” said Alamo.

Even directors Michael Frantz and Charles Fernandes supported the resolution, despite previously stating they would prefer to continue holding morning meetings.

While the resolution unanimously passed, it was not without concern. Santos discussed scheduling conflicts that could occur with Turlock City Council meetings, which are held at 6 p.m. on the second and fourth Tuesday of each month. Director Ron Macedo added that night meetings could interfere with meetings with lawyers that usually occur in the evening.

Maggie Mejia, President of the Latin Community Roundtable of Stanislaus County, was pleased that the TID Board of Directors were moving forward with the resolution.

“I would like to thank you for moving forward with this,” said Mejia.

Mejia explained the night meetings are necessary for those who work during the day, adding that she had to take off work to make Tuesday’s meeting and many she invited could not make it due to work.

However, Mejia also shared the sentiments of some of the directors, and asked that TID night meetings not interfere with other meetings.

Frantz also said it would be important to keep evenings meetings to broader, public issues and not the “mundane” issues of a normal Board meeting.

Following the 12-month period, General Manager Casey Hashimoto is expected to provide the Board of Directors with a report assessing any additional costs and other information useful to determine whether TID would continue with regular evening meetings.