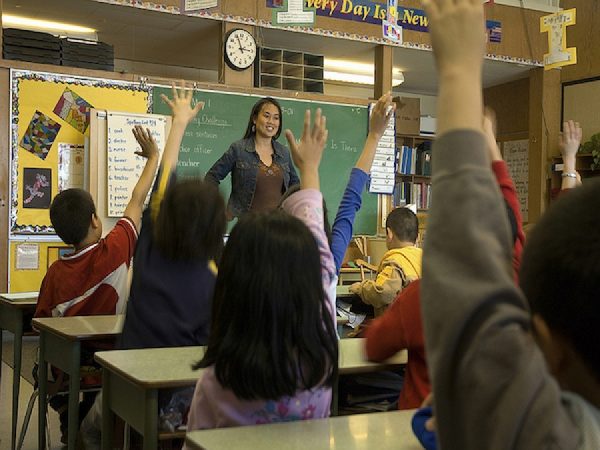 Assemblymember Kristin Olsen’s Assembly Bill 215, a bill that will streamline the dismissal process for teachers who have participated in egregious misconduct, has passed out of the Assembly with full support.

Olsen (R-Modesto) is Principal Co-author of the bill and Vice Chair of the Assembly Education Committee.

“As a mother of three children, the cases of egregious teacher misconduct in this state are both terrifying and appalling,” said Olsen. “It is insane that districts have had to spend outrageous amounts of money and time to dismiss these teachers. We as state leaders have a responsibility to protect children from those who engage in unconscionable behavior, such as child abuse, sexual abuse, and drug crimes, and this bill is long overdue.”

Olsen believes this is an important first step toward addressing the California Supreme Court’s concerns in its Vergara v. California decision. That decision found some practices, like tenure, to be unconstitutional as they denied equal access to a quality education for all of California’s students by making some bad teachers hard to dismiss.

Assemblymember Joan Buchanan (D-Alamo), lead author of the bill and Chair of the Assembly Committee on Education, believes the only people who benefit from the current system of dismissal appeal are attorneys.

“We all agree that the current dismissal appeal process takes too long and costs too much money,” said Buchanan. “The public demands a process that is fair and efficient and responds to the needs of school districts to efficiently manage their workforce. AB 215 accomplishes these goals, and I want to thank both CTA and EdVoice for their willingness to continue to work on this issue.”

Due to the state of the current dismissal appeal process, according to Olsen, good teachers are at risk of being blanketed with a bad reputation that only belongs to a few teachers.

“The vast majority of teachers are working hard to inspire our students and set them up for success in school and in life,” said Olsen. “Their reputation should not be dragged down by a system that keeps in place poor performing teachers who are failing our kids.”

AB 215 passed out of the Assembly on a unanimous vote and has been sent to Governor Jerry Brown (D) for his signature.